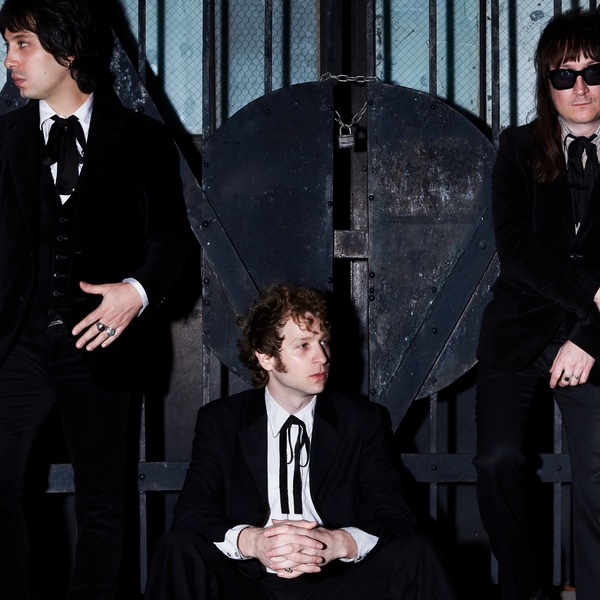 Join us on June 15th for a free performance with DADDY LONG LEGS who release their Yep Roc debut Lowdown Ways on May 10th.

DADDY LONG LEGS return with savagery and sophistication on their upcoming Yep Roc debut, Lowdown Ways. The 12 original tracks punch a necessary hole in the 21st Century landscape, both sonically and spiritually.

The expansive, new territory that the New York City-based trio cover on Lowdown Ways is thanks to producer Jimmy Sutton (JD McPherson, Pokey Lafarge, Jake La Botz) who applies his technical know-how to broaden the sound of such instantly memorable tunes as "Pink Lemonade" (co-written by McPherson), "Ding Dong Dang" and "Bad Neighborhood," which resonate with the down-and-dirty roots that have always been DADDY LONG LEGS' inspiration. Meanwhile, the band ventures successfully into unfamiliar territory with the pub-rock-style "Winners Circle," the bittersweet acoustic ballad "Back Door Fool" and the dramatic album-closer "Wrong Side of the River."

Written in the great cities of Brooklyn and Nashville and recorded on the Southside of Chicago at Hi-Style Studio, the beloved trio have created a record cinematic in scope that rides the crest of the new century with a beggar’s banquet of ancient spells, hollers and fuzz, steel guitars rapturous preaching, and of course, a DADDY LONG LEGS stompin’ beat.

Their stripped-down roots sound and in-your-face intensity has garnered them fans in their hometown and overseas, where they've toured with such kindred spirits as The Damned, The Sonics, Nikki Lane, Hurray for the Riff Raff and the Jon Spencer Blues Explosion. They’ve been recognized by Rolling Stone, who aptly compared them to “Chicago blues fired at the moon, played by the demented children of the Pretty Things.”

DADDY LONG LEGS has been destroying urban roadhouses and swank nightclubs alike with their dirty blues and devastation boogie. Theirs is a fire-breathing, no-holds-barred attack that redefines American roots for a new generation of lo-fi punks and suave aficionados alike.