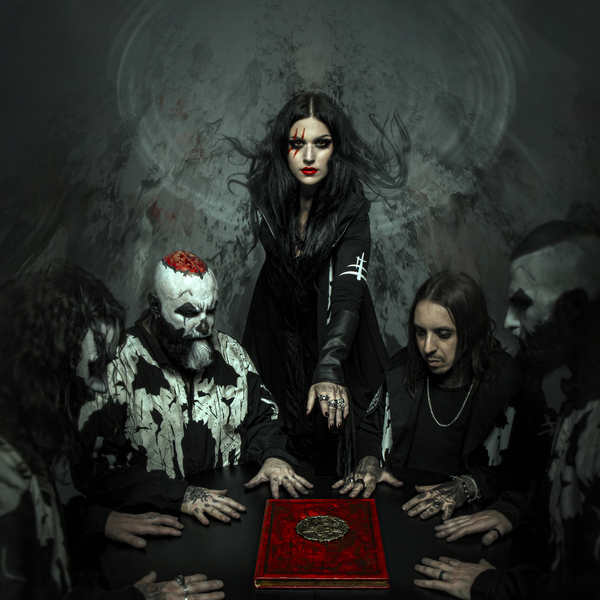 Join us for a signing with Italian alt metal superstars Lacuna Coil whose new Black Anima album comes out on October 11th, 2019.

Preorder the album on pink colored LP, black LP or CD from this page for entry.

Italian alt metal superstars Lacuna Coil are shifting the paradigm yet again with new album, Black Anima. Just as Comalies (2002), Shallow Life (2009), and chart-smashing Delirium (2016) upped the ante and rocketed the Milan-based outfit into the upper echelons of metaldom, Black Anima is a level beyond all that. It’s both a hard look at the past and a brave sprint into the future. Two years in the making, Lacuna Coil’s ninth album arrives after the group published their first book, Nothing Stands in Our Way, in 2018 and celebrated in auspicious fashion their 20th Anniversary with an ultra-exclusive, all-out insane live show in London, dubbed The 119 Show: Live in London. Lacuna Coil have never shied away from hard work. Nor, have they restrained their creative impulses to push things—new songs “Anima Nera,” “Reckless,” “Veneficium,” and “Sword of Anger” are mind-blowers!—to the absolute limit.

“We’ve been very busy,” says Lacuna Coil vocalist Cristina Scabbia. “We’ve played a lot of live shows between Delirium and Black Anima. We published our book, a chronicle of the Lacuna Coil story. And we crossed paths with our 20th Anniversary, which resulted in a quick switch from the Delirium album cycle to the 20th Anniversary one. We had a big change in our look. Our show changed a lot. We had special effects and artists performing on stage with us. That became The 119 Show, actually.”

Formed in 1994, Lacuna Coil quickly became one of Century Media’s biggest selling bands. From Comalies (2002) and Karmacode (2004) to Shallow Life (2009) and Broken Crown Halo (2014), the high-flying Italian act demonstrated an uncanny ability to pull in rock, gothic, and metal audiences. The band’s spirited and lauded live performances have also earned them a solid reputation for a band that not only delivers night in/night out, but also a band whose stage performance reverberates long after the show is over. Indeed, Lacuna Coil’s heartfelt, heavy, melodic, and rhythmic metal—a hybrid of gothic, groove, and alternative—has created a rabid worldwide following. Whether it’s “Our Truth” and “Delirium” or “Nothing Stands in Our Way” and “Trip the Darkness,” Lacuna Coil’s dual-vocalist assault is immediately identifiable. New album, Black Anima, continues the Italian’s reign atop the metal stack.