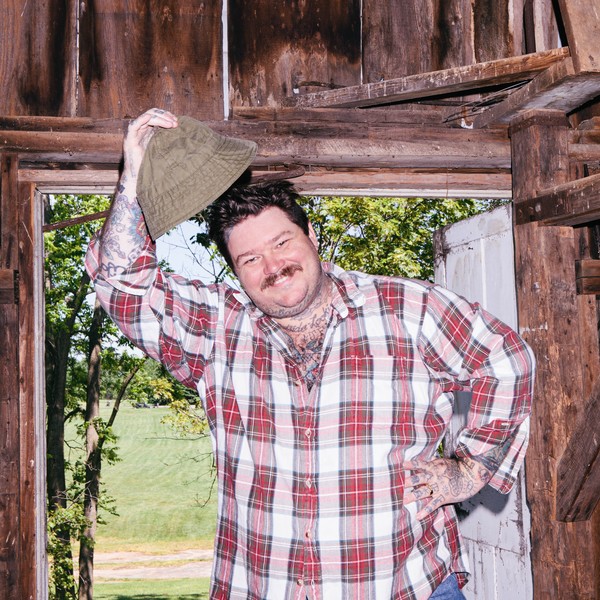 Matty Matheson stops by Rough Trade on December 6th at 4pm for a signing of his cook book LP. Purchase the LP from this page for entry.

“Growing up, listening to all the bands on Roadrunner; Madball, Machine Head, Type O Negative, Sepultura and so on, they became the foundation of my music DNA,” notes Matty. “I get the honor of being on that same label. To release this album is more than a dream come true, this is for every kid that can’t play an instrument or scream into microphone but loves the fuck out of records; this is for all of us!”

Available for pre-order today, “A Cookbook” features 12 recipes (and the stories behind them) from Matty’s best-selling cookbook with narration by the chef himself spread across two beautiful “bone” colored LPs [see tracklist below]. The vinyl edition includes all new artwork as well as a 40-page newsprint zine featuring the recipes / ingredients of each dish along with a song pairing from the Roadrunner catalog selected by Matty. Not to be outdone with being the first cookbook available on vinyl, the release will also be the first audio cookbook available at all streaming providers.

Last week Matty debuted his all new cooking show Just A Dash, the first episode of which is streaming now on his official YouTube channel. Presented In partnership with Applestone Meat Company, the self-produced, self-directed, fully Matty-conceptualized cooking show is the culmination of all things you've seen of the chef up until now, but brought directly to your screen from the man himself.

Next week Matty will begin his Happy Vulnerable Happy Tasty Sadness Happy Tour, which will kick off with an appearance at Vancouver, BC’s Commodore Ballroom on October 12th [full itinerary below]. Tickets for the fall tour, which will include spoken word and video performances from Matty are available HERE.

Over the past few years, Matty Matheson has risen to become one of the world's most exciting chefs. Since his beginnings as executive chef at Toronto's critically-acclaimed restaurant Parts & Labour, the chef has been a show regular on Vice's Munchies, landed his own cooking shows in the form of Viceland's Suppertime and Dead Set On Life, appeared on Jimmy Kimmel Live!, released a New York Times best-selling cookbook “Matty Matheson: A Cookbook,” and most recently brought to life his own music and food festival, MATTYFEST, the inaugural edition of which took place this past weekend in Toronto featuring headliners Wu-Tang Clan and Descendents.