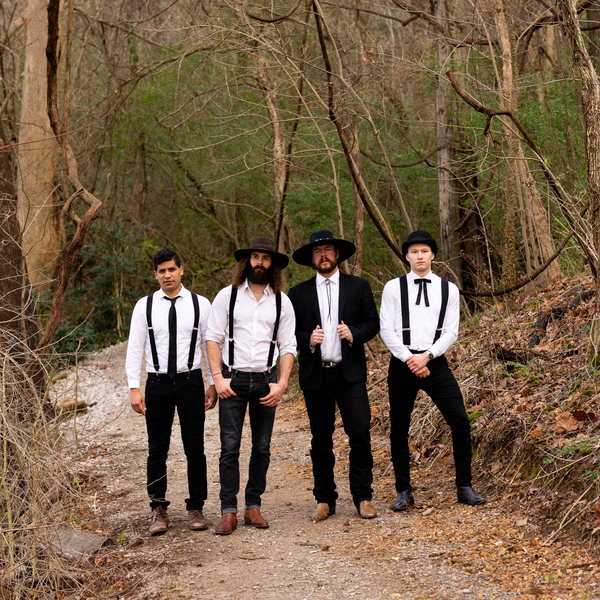 Join us for a free live performance by The Dead South, who release their new album, Sugar & Joy, on October 11th. Signing to follow.

Free performance, signing with purchase of the album which will be available at the in-store. All ages.

A rock band without a drummer, a bluegrass band without a fiddler. To the gentlemen of The Dead South, a self-styled 4-piece string band from Regina, Saskatchewan, it’s about how, not what, you play. The Dead South’s combination of cello, mandolin, guitar and banjo has all the hallmarks of a group tuned to bygone times, but the band finds a distinctly modern sound in this old time rigging.

On their third album, Sugar & Joy, The Dead South tell stories of desperation and bad decisions in fast-paced, brightly-laced bursts. The title, Sugar & Joy, selected in the band’s style of pulling a lyric from their self-identified “weirdest song on the record” (in this case, the Gashlycrumb goth of “Fat Little Killer Boy”), speaks to that insulin spike, followed inevitably by the crash.

Sugar & Joy is the band’s first album written and recorded outside Regina. Produced by FAME Studio-trained Jimmy Nutt, alongtime member of the Muscle Shoals music scene whose recent credits include a Grammy for his work on The Steeldrivers, Sugar & Joy is The Dead South’s tightest, weirdest and most exciting studio work yet. “They have an obvious dedication to what they are doing,” says Nutt. “They really encourage each other, which you don’t see a lot.”