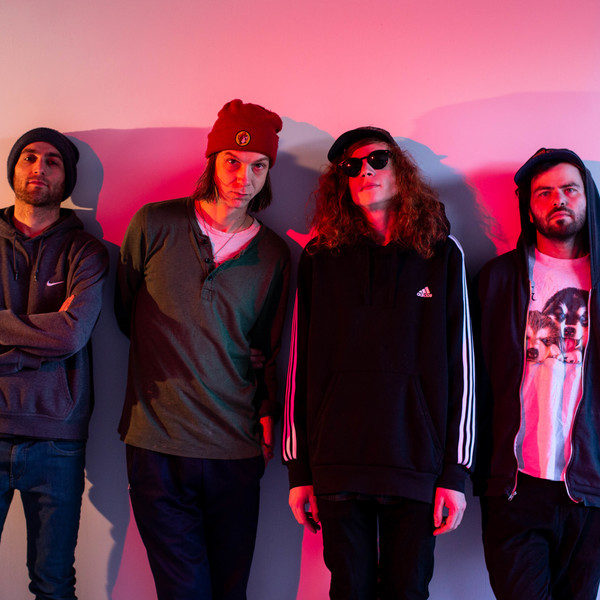 Join us for a live performance on the shop floor with Queens, NY four-piece Wives, whose debut album comes out the following day, October 4th via City Slang.

There’s a gap between what we want and what we get. WIVES doesn’t know how to reconcile this, and they don’t try to give you the answer; instead, So Removed plunges into that void of unknown, a tangle of contemporary dread and optimism, mapping the gray areas of alienation. The Queens, NY four-piece is the latest fit into a long lineage of New York’s gritty, melodic-meets-punk. Their incisive debut, So Removed, is hook-driven, grungy dark-wave, tethered to daily anxiety without resorting to cynicism.

“Waving Past Nirvana” traces the through-line between Kool Keith and Lou Reed, while “The 20 Teens” captures the definitive sound of contemporary rock; Jay cites hearing A Flock Of Seagulls blaring at a Bushwick restaurant and thinking all of the lyrics might as well have been, “This is the ‘80s,” and took his own stab at doing a track for the 2010s. The noisy dissonance of Sonic Youth, the edgy hooks of early Pixies, and the clever, cerebral sneering of the Fall simmer as touchstones within the LP, sharp and prodding at the details, pulsing with urgency.

The bulk of WIVES’ songs oscillate between macro and micro, veering from a zoom-in on the tiny aspects of everyday to a sprawling pan over the world at large; from going stir-crazy in a Brooklyn walk-up to the effect of global capitalism on working-class people. So Removed doesn’t know what the point of this is. And that’s okay.