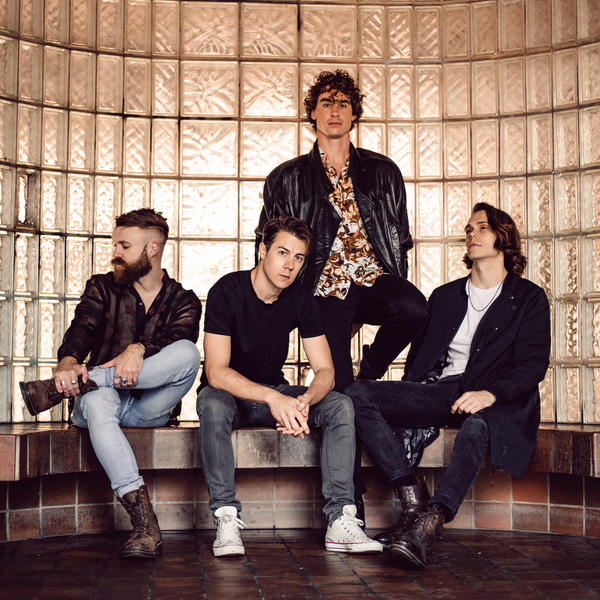 Note: In addition to these on-line Album/ Tickets, a very limited amount of Album/ Tickets will be available to pre-order in store at the new Rough Trade Bristol shop.

It features a sting of singles which have seen Don Broco become one of the most intriguing and inventive chameleons in music – playing with genres and producing hilarious videos to boot. The likes of ‘Everybody’, ‘Pretty’, Technology’, ‘Stay Ignorant’ and current single ‘T-Shirt Song’ (premiered by Annie Mac as the Hottest Record In The World on Radio 1) showcase a band unafraid to take huge risks and produce music head and shoulders above their peers.

To nail the enormous sound they were chasing, the band sought the services of producers Dan Lancaster (Blink-182, Good Charlotte) and Grammy Award winning Jason Perry. The outcome is Don Broco as you’ve never heard them before. “People think we’re just good time guys,” says drummer Matt Donnelly. “But that’s always been only one side of our personality.”

For proof, look no further than the complex thematic fabric that makes up Technology, a collection of the band’s most inventive, intelligent and infectious songs yet.

The album contains tracks inspired by their world tours (‘¥’), fake news (‘Stay Ignorant’, ‘Technology’) and the effects of the Brexit campaign (‘Porkies’, ‘Something To Drink’), while also addressing personal privacy and smart phone surveillance (‘Good Listener’) amongst songs inspired by relationships (‘Play It Cool’, ‘Tight Rope’, ‘Got To Be You’) and their experiences in the music industry ( the sarcastic blast at previous label Sony entitled ‘Come Out To LA’).

“Technology is a reaction to our last record, Automatic,” explains Don Broco frontman Rob Damiani. “We wrote that album as a test of our traditional songwriting abilities, but Technology was all about keeping ourselves on our toes. For this record we didn’t set any rules, it just had to feel good.”

Technology follows the release of 2015’s Top 10 album Automatic, which propelled the band into mainstream consciousness and led them to sell out Brixton Academy and play arenas across the UK, Europe and Japan with Bring Me The Horizon, 5 Seconds Of Summer and ONE OK ROCK.

Don Broco have just played their biggest UK headline show to date, selling out Alexandra Palace with well over 10,000 fans having the night of their lives watching the band they love ascend into the big league and cement themselves as one of the most exciting and adventurous rock bands in the UK right now.

They return to Japan in December and also embark on their first ever Australian tour before hitting the UK for an 11-date headline tour in February in support of the new album.