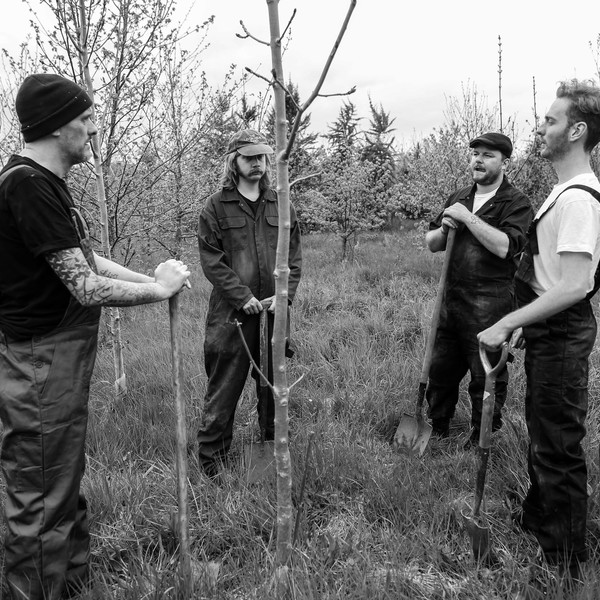 “...a touch of The Fall in a brawl with Robert Fripp and the blazing sentinels of King Crimson."

Cavalier Song inscribe modern eulogies to celebrate the terrible beauty of rural dystopias. Their cinematic stares study earthy landscapes and post-industrial wastelands, constructing a range of sonic artworks that meditate on the human condition, stirring memory and desire within definitions of a terrific sublime. The results are a series of lush, yet darkly affective, symphonic abstractions weaving in and around melancholic myths and narratives. Cavalier Song deploy a post-minimalist sensibility, referencing a range of art forms including painting, sculpture and literature. Musical and poetic influences include Philip Glass, Swans, Ted Hughes, John Coltrane and King Crimson, each echoing a fascination for melodic repetition, unconventional rhythms and poetic design.

Their second album A Deep Well depicts a series of shifting mise en scènes - from Arcadian dysfunction to an omnipresence of troubling signs, unfathomable monoliths and abandoned fracking sites. The album has an edgier, starker, more intense and urgent feel than their acclaimed debut Blezard; the noisier provocations of ‘Adam’s Apple’ and ‘Heathen’ vigilantly co-existing with the gentler inventions of landscape, developed in the ambient wanderlusts of ‘St Christopher’ and ‘Shields’. Mysterious, enigmatic choreographies emerge in ‘Insect Fire Dance’, where an oedipal protagonist is confronted with a litany of pagan objects, scattered on an ancient burial ground.

"..mix a post-Fall with abstractly imagined music that recalls the Third Ear Band."

Cavalier Song have performed across the U.K in a number of venues ranging from the esoteric to the implausible; bingo halls and dilapidated cinemas providing alternative sites for the band to transmit intriguing soundscapes and text to discerning listeners . The band also appeared at the Supernormal Festival in 2016, further securing a loyal following in the experimental music scene. Other live projects have included a series of commissions from The Blue Coat, FACT and Static Gallery with the band providing an ongoing portfolio improvised and soundtrack works. The band have also received regular radio plays and recommendations for their debut album Blezard from Tom Ravenscroft and Gideon Coe on BBC Radio 6 Music.