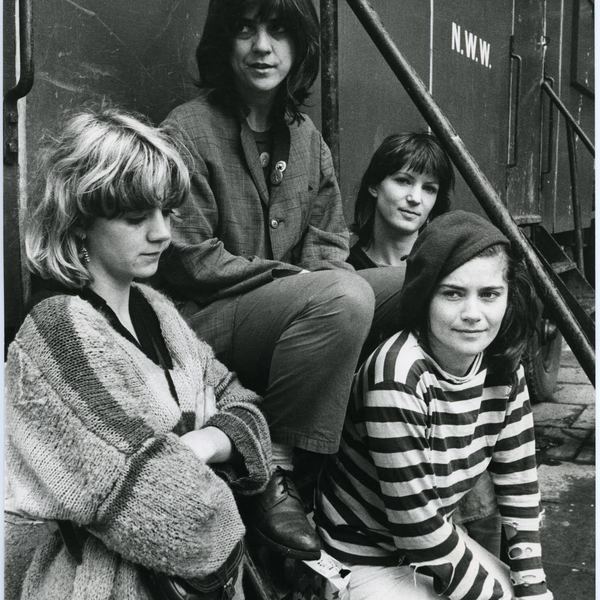 Gina Birch, Ana da Silva and Shirley O'Loughlin will be together at Rough Trade Nottingham to celebrate the launch of 33 1/3 book The Raincoats’ The Raincoats along with author Jenn Pelly.

In 1979, from the basement of a London squat, the Raincoats reinvented what punk could be. They had a violin player. They came from Portugal, Spain, and England. Their anarchy was poetic. Working with the iconic Rough Trade Records at its radical beginnings, they were the first group of punk women to actively call themselves feminists.

In this short book – the first on the Raincoats – author Jenn Pelly tells the story of the group's audacious debut album, which Kurt Cobain once called “wonderfully classic scripture.” Pelly builds on rare archival materials and extensive interviews with members of the Raincoats, Sleater-Kinney, Bikini Kill, Hole, Scritti Politti, Gang of Four, and more. She draws formal inspiration from the collage-like The Raincoats itself to explore this album's magic, vulnerability, and strength.

“Thanks to Norwegian who now offer double-daily low-cost flights from London to New York from £149”. The Raincoats.