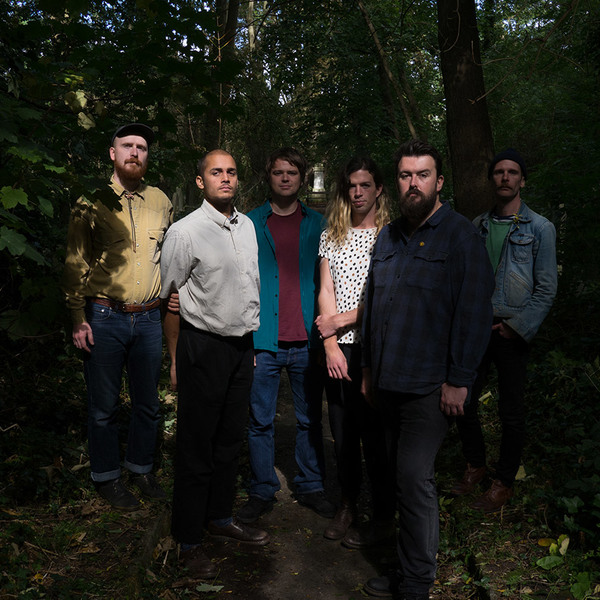 Red River Dialect are currently a six-strong band of human animals, brewing a lightly carbonated folk-rock from the psycho-spiritual malt of David Morris’ songwriting. Morris began molting and recording songs in 2002, and from 2006 the majority of these songs were performed as Red River Dialect; either solo or with a revolving configuration of musicians from the folk and improv scenes in Falmouth, a harbour town in the Celtic region of Cornwall.

In 2008 Simon Drinkwater joined Morris, playing mostly guitars, and the pair recorded and self-released the duo album White Diamonds in late 2010. Around this time Morris and Drinkwater met Coral Kindred-Boothby, who joined them in their performance of a cover of Bob Dylan’s “Billy 4” at an open mic night, playing a spare harmonium. Kindred-Boothby introduced them to Ed Sanders, who, despite insisting he had only begun playing the violin six weeks previously, was cajoled into joining. The band’s former drummer, Hugh Cowling, joined in early 2011, and the songs that became the 2012 long-player “awellupontheway” quickly took shape; recorded in July 2011, two months before most of the band went on their way to other parts of the UK.

A fragmented period was to follow, with the band meeting up to play shows and write new material as and when they could. Kindred-Boothby and Morris were living in London, others in Brighton, Cornwall and even “up North.” In 2014 Morris borrowed some field recorded equipment, and used it to put down a set of twelve songs, without an idea of what they might become; a time when writing songs was the only way to work through a time of mourning. They started to coalesce into a solo album, but then gradually the rest of the band came to visit one by one, adding their singing strings to the songs. It was during this time that pianist Robin Stratton joined the band, and his piano became a key voice on the resulting LP Tender Gold and Gentle Blue.

That LP was without percussion or electrified instruments, and in its wake the desire to jack in to some amplification was auspiciously met with a chance encounter. Kiran Bhatt auditioned in the early summer of 2016 on some pots and pans in a kitchen with Kindred-Boothby and Sanders, the morning after a party at the home of artist, and close collaborator with the band, Hannah Rose-Whittle. The chemistry was strong, and over the summer of 2016 the band wrote and recorded the forthcoming LP Broken Stay Open Sky. The band hopes that paragraph five of this ongoing hagiography will include tales of European and North American tours, solo albums from the multi-talented members, and further collective brews. Heck, maybe they’ll even make it beyond the shores of late-capitalism. Hopefully we all will.