In Conversation with Ian Harrison + Signing 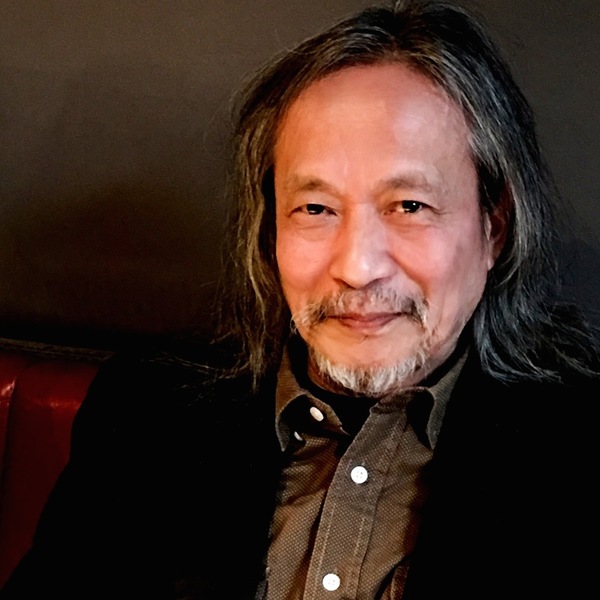 Join Damo Suzuki and co-author of ‘I Am Damo Suzuki’ Paul Woods for a Rough Trade exclusive Q&A with Ian Harrison, and pre-publication book-signing, discussing Damo’s life and career in music.

Born in eastern Japan in 1950, Damo Suzuki is a vocalist, random composer and provocateur; busker and graphic artist; working man, biblical student and self-styled anarchist. He gained international recognition through his work with Can, The Damo Suzuki Band and Damo Suzuki s Network.

Born in east London in the mid-1960s, Paul Woods has written and edited books in the fields of crime, pop culture, cult cinema and pulp fiction. His previous publications include The Curious Life & Work of Scott Walker.

About ‘I Am Damo Suzuki’

When the anarchic vocalist of Can left the celebrated German band in late 1973, the ensuing decade-long absence was taken by many to be the end of his personal story. But it was just the beginning. In I Am Damo Suzuki, Kenji Damo Suzuki and co-author Paul Woods illuminate a life in music driven by the principle of randomness. The book spans the influence of western music on Suzuki growing up in post-WWII Japan, his rejection of national traditions and a lifelong journey of exploration. After his hippie-influenced beginnings as a provocative street musician, Suzuki s story took an unlikely turn after a chance recruitment into Can, one of the most innovative bands of the seventies. A stint of family life and the role of Japanese salaryman preceded his return to the music world with The Damo Suzuki Band and later with Damo Suzuki’s Network, an international vehicle for musical communication using sound instead of words. With contributions from family members, lifelong friends, musical collaborators and Damo’s long-term partner, I Am Damo Suzuki is an absorbing portrait of a musical catalyst and enigmatic icon.