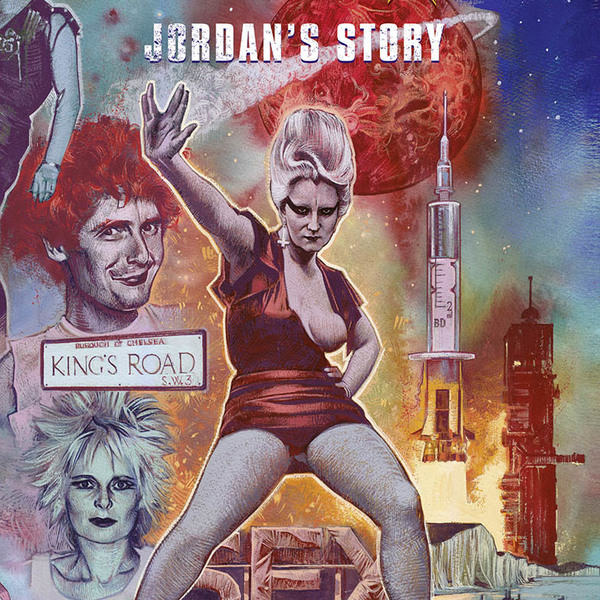 Join Jordan and Cathi Unsworth in conversation with John Robb to launch ‘Defying Gravity: Jordan’s Story’ at Rough Trade BRISTOL, with a Q&A and signing to follow.

The image of Jordan in her white shards of beehive and Mondrian make-up is one of the most iconic in pop history. But nobody knows what was really going on behind those watchful eyes when Anarchy hit the UK. How did a ballet-mad girl from sleepy Sussex make her way, via the clandestine gay clubs of Brighton and London, to 430 King s Road and the eye of punk s storm? Help shape a revolution and deal with the consequences of being in the spotlight so young?

Share hair-raising adventures with McLaren and Westwood; The Sex Pistols; Adam and his Ants; Derek Jarman and Andy Warhol and then just disappear? With commentary from key players including Vivienne Westwood, Paul Cook, Marco Pirroni, Holly Johnson and her partner behind the SEX/Seditionaries counter Michael Collins plus a wealth of never-before-seen images from Simon Barker, Sheila Rock and Harri Peccinotti Jordan finally reveals her outrageous life story.

Icon, muse, catalyst and the most recognisable female face of punk, Jordan was described as the first Sex Pistol by Derek Jarman, Jon Savage and those who dared to walk up to 430 Kings Road from 1975-81. The public face of SEX, Seditionaries and World s End; the motivating force behind Jubilee and the first manager of The Ants these are just some of her achievements.

Cathi has written six pop-cultural noir novels, That Old Black Magic, Without The Moon, Weirdo, Bad Penny Blues, The Singer and The Not Knowing. She started out on Sounds and has since written for Bizarre, Fortean Times, Financial Times, The Guardian, Mojo and Sight & Sound.