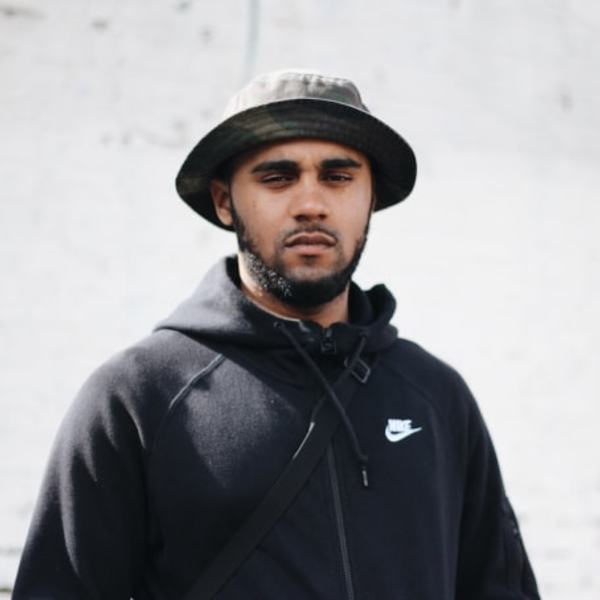 Fresh off his stint on the stage with Poet In The Corner at the Royal Court, Jammz embarks on his debut tour on the backend of his latest release the hotly anticipated Warrior 2, the sequel to 2016's well received Warrior.

“To me, Warrior represents the ideas of creating a path from your current situation to find a better place.”- Jammz

London grime MC Jammz follows up lauded 2016 EP ‘Warrior’ with the second, eight-track instalment, to be released just over two years since the first solidified his credentials as one
of the UK’s most gifted grime lyricists.
Inspired primarily by a desire to overcome the everyday obstacles and challenges that stand in between people and their goals – and as Jammz himself puts it, ‘being relentless and
fearless in pursuit of them’ – ‘Warrior 2’ is a powerful and poignant body of work, bursting at the seams with the spirit and creative drive that sets him apart from his contemporaries.
With the majority of the eight tracks also produced by Jammz himself, aside from ‘Need That Now’ and ‘Play That’ which features an all-star production team including Joker, Jack
Dat and NYTA, the beats look to UK Garage, Dancehall and Jungle for inspiration, resulting in some of his most adventurous music to date.
As with Jammz’ debut ‘Warrior’ EP, his lyricism is spiked with social commentary too; he touches on issues of London’s gentrification on ‘Need That Now’, looks global on
‘International Jammz’ and champions DIY culture and looking inward for motivation on excellent bonus track, ‘Lemonade Man’, defining tracks on one of 2018’s most powerful and
engrossing grime tapes