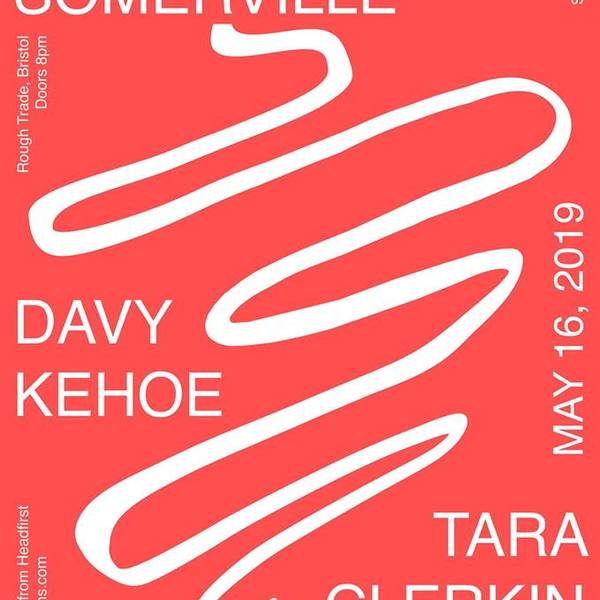 The crest of an exciting new wave of Irish DIY musical motion crashes into Bristol: MARIA SOMERVILLE's heady drone-pop vapours mingle with the nimble neo-motorik manoeuvres of DAVY KEHOE and his band, with support from Bristol's TARA CLERKIN TRIO making a spry kind of sense.

Davy Kehoe is a producer from Dublin associated with the Wah Wah Wino label. He is best known for unique, enigmatic stew of motorik rhythms and fourth world aesthetics that fills his debut album Short Passing Game, released in 2017.