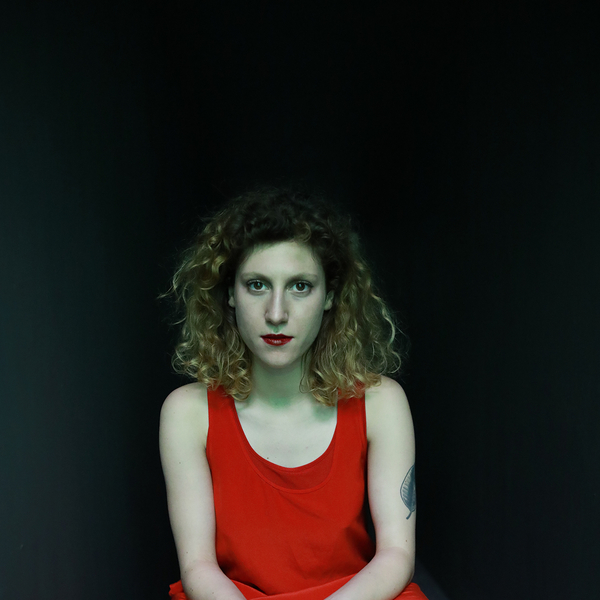 Squirrel Flower will be live in-store at Rough Trade Bristol to perform tracks from her 'Contact Sports and Bonus Tracks' EP, out now on 2,000 Pigs.

Squirrel Flower has been surrounded by music since before she was born. Her dad is a professional jazz and blues bass player still touring internationally, her grandmother was a classical violinist and her grandfather played lute and recorder as well as being a founding member of medieval and renaissance ensemble New York Pro Musica. Family living room jams were a staple and Squirrel Flower doesn’t recall a time when she wasn’t surrounded by music; she was never going to be anything else. From birth she hit the ground running, by the time she was a toddler she was singing and creating songs (though admittedly those never quite made it to record) – having already dabbled in violin and piano, by eight she had her first guitar, a mini black electric on which she dreamed of re-creating Jimmy Page’s solo on Led Zeppelin’s ‘Good Times Bad Times’.

Born Ella Williams, despite her stage name being the one she adopted for herself when writing music and making art with her family during her childhood years, Squirrel Flower has never been one for looking backwards. At just 21, her path so far has been a whirlwind of never ending activity and momentum. Those happy afternoons spent learning guitar with her dad and making art didn’t quite scratch the itch and by the time she was nine she’d joined the Boston Children’s Chorus. There she began her formal music education in music theory – racking up performances around the world with audiences including Barack Obama and the King of Jordan. By fourteen she was back to the guitar and her song-writing took a more serious role. Having discovered the likes of Laura Marling, Johnny Flynn and Bon Iver, in May 2013, she recorded her first EP as Ella Williams.

For years Williams had been gigging around Boston, singing American jazz and blues standards. However in her final year of high school she discovered something more and began to strike out, creating a unique, original sound of her own. Immersing herself in the Boston DIY scene she began going to house shows and branching out into more experimental music. Connections began to form in her mind between her choral music roots, classical harmony and ethereal chord structures and the music she had been writing. What followed was her first EP as Squirrel Flower Early Winter Songs From Middle America, written in the period as she left Boston for college in Iowa, to study both Studio Art and Gender, Women's, & Sexuality Studies at Grinnell, from which she immediately took off a full term to record it.

The pace with which Williams races through life without a backwards glance or a second guess is staggering. Though she’s now recorded two EP’s whilst studying, not to mention the numerous art projects she’s undergone on the side, Squirrel Flower is far from a college bedroom project. Entirely of her own volition she’s toured around the US, supporting the likes of Moses Sumney, Lucy Dacus, Frankie Cosmos, Jay Som, Julien Baker and Big Thief. She’s made a number of music videos, recorded the music herself, tour managed herself, made all the artwork in collaboration with friends and she’s showing no signs of slowing down any time soon.

Contact Sports is a metaphor, a wry-smiled comparison to how relationships can feel like a contact sport, a dangerous game, a competition. Broadly then, Contact Sports is a perfectly formed collection of songs about relationships; intimacy, dependency, betrayal and place set to the unique backdrop of the American Midwest. The first three songs represent the push and pull of love and intimacy while the last three are more meditative, more place-based. From the fulsome guitar and visceral, cathartic breakdowns of lead single ‘Conditions’ to the carefully layered beauty of ‘Hands Melt’, this varied collection frequently impresses with its maturity and craftsmanship. Lyrically too, tracks like the fuzzy, dimly-lit euphoria of ‘Daylight Savings’ are spellbinding in their turn of phrase as Williams sings “I know we’ve gained an hour, but I feel like we’ve lost two”.

Following Williams self-release of the EP, this powerful collection of songs will be reissued and presented on vinyl for the first time on 20 July 2018. The release comes with a limited edition run of 300 copies featuring two new bonus tracks.