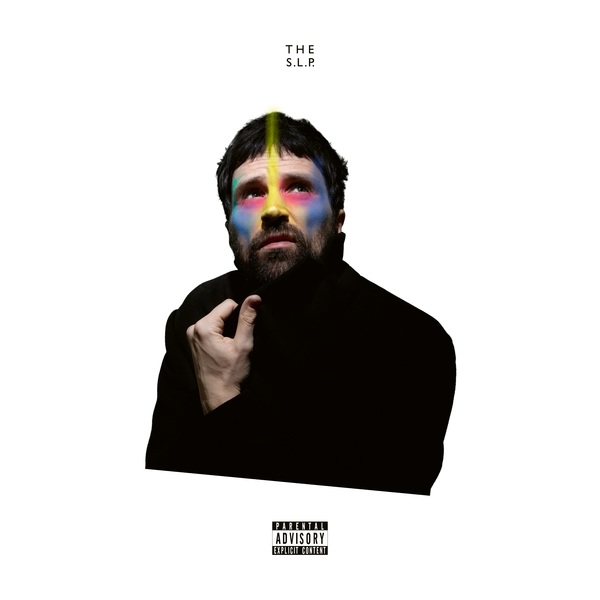 Serge Lorenzo Pizzorno (The S.L.P.) will be in-store at Rough Trade BRISTOL, celebrating the release of his new self-titled solo album, available 30th August via Columbia.

The thing is, says Sergio Pizzorno, he didn’t intend to make an album like SLP at all. After he finished touring behind 2017’s For Crying Out Loud – Kasabian’s fifth number one album in a row - he liked the idea of doing a solo record: “I’ve been making a new Kasabian album every couple of years since 2004, I have my routines and I have the way I like to work, and I just think I felt I needed a re-set, so that I could approach the next Kasabian album from a different place”.

Nevertheless, he thought that his solo album would sound… well, like you might think a Sergio Pizzorno solo album would sound. He is, after all, famed not only as Kasabian’s chief songwriter, but a man dedicated to pushing esoteric influences – from MF Doom to Bulgarian psychedelia to avant-garde electronica – into the sonic framework of a mainstream, stadium-filling rock band. A solo album, you could reasonably expect, would be a chance for Pizzorno to let his freak flag fly, unencumbered by the need to make music fit to headline festivals and huge gigs.

“But what I found happening was that I was listening to a lot of Tyler The Creator and Mac Miller. I was in that world. I sort of got rid of all my synths and guitars and just sort of had phones and laptops and just picked out sounds. And it turned out like it did, and I thought it just felt right. In a way, it’s probably a bit more of a psychedelic move for me to do this than just to make the record I expected.”He says he found himself writing songs that didn’t end up how he imagined they would at all.

“There’s a track called Trance, which is a love song, it’s an end-of-the-night, sun-going-down, that beautiful moment. There’s a kind of French sophistication to it, it’s quite laid back, but it’s still got an ending that’s huge and euphoric and anthemic. It lulls you in. It doesn’t really want to be an anthem, it wasn’t really supposed to be, but somehow, I got to the end and thought ‘this is huge’. I love the idea of that twist, of people thinking ‘oh, right, I’ve got this’, then it suddenly turning into something else. That’s the thing about the album really, it kind of throws you all over the place.”

It certainly does. In fact, it’s fair to say that SLP isn’t an album that anyone could anticipate: an intriguing, unprecedented split between filmic instrumentals – audibly partly inspired by Roy Budd’s iconic soundtrack to the 1970 British gangster flick Get Carter – and richly melodic songs influenced by hip hop and grime.

“On the album, there’s three pieces of music that are like the start, the middle and the end of the album and all three pieces are called Meanwhile:

“There’s three notes that run through all of them, so they call you back, you’re back into a film. I like that, in an album, when you’re just dropped into a world and you go ‘OK, I’m here’. They gave the whole album a structure. It’s almost like a self-portrait, of where I am now, going down these avenues I’ve always wanted to go down, trying things I’ve not tried before.

“I just liked the idea of that cartoonish sort of thing, you know: “meanwhile, in the Batcave…” People see me in a band, they think: that’s what he does and that’s what he is, so the idea behind them is that meanwhile, he’s completely someone else, doing this other thing. And inbetween them, it was just a matter of exploring, turning everything up, just to see where it took me: experimenting with the way I sang, with different rhythms, with things that I’ve always wanted to do.”

Elsewhere, the album bounces from the distorted chaos of Soldiers to the dubbed-out psych-funk-new wave hybrid of The Wu, from Lockdown’s examination of “ending up in a flat at the end of the night with a group of people you know shouldn’t be there” (“there’s a reference to FIFA 94 in there,” he laughs, “because whenever you’re somewhere like that, there’s always something odd going on, some bloke sat in the corner playing some weird old computer game or eating dog chews or some shit like that”) to the piano ballad meets sun-kissed Balearic house of Nobody Else, a track that sums up SLP’s breezy, rulebook-out spirit of exploration.

“I started to learn jazz chords,” notes Pizzorno of the latter, “I was playing around with that, trying to do something in a Marvin Gaye, Stevie Wonder kind of vibe. It’s so important, that innocence of just exploring and experimenting, when you’ve got that little part of you going ‘can I get away with that?’ When you ask yourself that, you’re probably on the right track, because it means you’re doing something interesting. It’s like the album cover, I’ve got this mad glitter make up on, but it’s spread all my face like you would when you were a kid – it reminds you that playing is important.”

Elsewhere, there’s the intriguingly-titled Youngest Gary. ““That came from a friend of mine, who told me that the youngest Gary in Britain was 28: no one’s called Gary any more, so the youngest Gary in Britain is 28. It’s complete bollocks, but I loved it, wrote it down, and it turned into this story about a Ziggy Stardust kind of character, except he’s called Gary, who’s moved to London, he’s wandering about, the last of his kind, the last Gary in Britain. I just like the idea of people looking at the title and thinking ‘you can’t call a song that’, but there’s this mad story behind it.”

The single, Favourites, meanwhile, features a guest appearance from hot UK rapper Little Simz, sparring with Pizzorno on a song that ponders Tinder dating and “Identity in the digital age, where people are pretending to be someone else online, and that somehow drives us further away from being who we really are”.

“It was just me and my wife watching these girls flick through their phones, picking their dates,” says Pizzorno, “thinking about how people’s brains work in a world where nothing’s real and at no point are you really being yourself because it’s about projecting this image, this ideal that doesn’t really exist, you know: I can’t actually say the thing I want to say in front of this person because they think I’m like my profile, and my profile says I’m really arty and nice. That’s where that line comes from: “there’s a discrepancy in the bill!”

Little Simz came down to studio and she did it in literally two hours, so professional, just brilliant. She completely blew me away. It’s something that I’ve always wanted to do, make music with hip hop or grime artists. I feel like there’s a big crossover now in terms of the production of that kind of music, with how weird it’s all getting: it’s sort of moving over to where I’ve been: weird songs that change half-way through, little odd noises. I feel like I want to do more of this, even though I suppose people wouldn’t expect it of me or even know it was possible.”

The collaborative aspect of the project continues on the woozy ‘Meanwhile... At The Welcome Break’. Following a meeting with slowthai at one of his shows in Birmingham last year, Serge instantly recruited Tyron to feature on the album. In fact, he says, that’s how he would like the SLP project to develop in the future.

He is excited about the forthcoming SLP live shows early September “where I sort of play the songs in character, so each song will be part of my character, I’ll get into that role”, and fully intends to make more music under the banner.

“It sort of exists now, and that’s really exciting, because I have this outlet, I can be that person in that world. Moving forward, I’d like to collaborate more and open that door more. The SLP project will become this sort of place I can go and just do whatever. It’s so important to have that. My life in the band and my boys, that’s part of me that will be there forever, but then there’s something else I have to get that out or I won’t be able to move forward.”

Which does beg the question: what do the band and the boys make of all this?

“It’s been quite beautiful really,” he says. “Before the end of the last tour, I spoke to Tom and he was always, as ever super-positive: “yeah, I can’t wait, amazing, go man, amazing, amazing”. Then he went “hang on, you’re still going to do Kasabian, right?” I told him not to worry. I’ve sort of started on the new Kasabian album, actually.”

Hang on, you’re releasing a solo album and planning a series of solo gigs while making a new Kasabian album?

“Yeah,” he smiles. “Luckily for me, this is what I like, it’s just what I do. Making music feels like time off for me. You get to a certain point where you’ve sort of seen everything and you sort of know how things work, and you just…” – his voice dips into a whisper – “don’t give a fuck anymore about any of it.” He laughs. “You just go: I really like making music. Right, bang, let’s just make some music.”