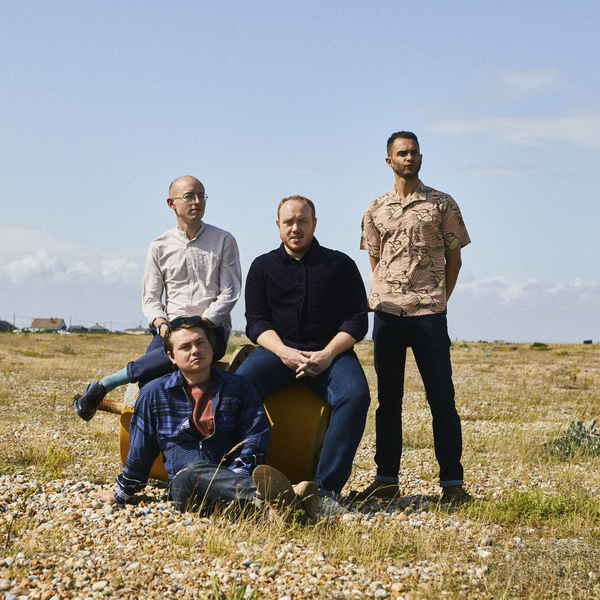 Bombay Bicycle Club will be live in-store at Rough Trade EAST, to perform tracks from their new album 'Everything Else Has Gone Wrong', released 17th January via Mmm... Records.

Everything Else Has Gone Wrong was the last song to be written for Bombay Bicycle Club's fifth album, and it makes perfect sense that it gives the record its name. "It seemed to encapsulate everything the album is about," says singer/guitarist Jack Steadman. Like the album, the song is about hope and renewal, about finding safety in what brings you comfort, in what you love the most, while all around is crumbling. "Keep the stereo on, everything else has gone wrong," the chorus declares. "For my whole life, I haven't been very good at expressing myself with words," Steadman says. "The irony is that the song is about not wanting to write lyrics, but it has lyrics I'm really proud of. And after that, we realised a lot of the other songs had that theme, of music as a cathartic refuge." The driving, insistent beat builds to a middle eight that could sum up the story of the band's last five years: "I guess I've found my peace again, and yes, I've found my second wind..."

At the beginning of 2015, just a few weeks after Bombay Bicycle Club played a triumphant hometown show at London's Earl Court - the biggest in their 10 years together as a band - the four members all went for a drink. They had just finished 18 months of touring their fourth record, So Long, See You Tomorrow, which had given them their first number one album. So, of course, they decided to break up. "Everything Was Going Really Well is a great alternative album title," jokes guitarist Jamie MacColl. Steadman says that despite their success, it felt like a natural moment for them all to step away from what had been at the centre of the four men's lives since they were at school. "It's so much easier to stop when you can call it quits and know you were at the top," he explains. "I think if we had gone any longer, we may have broken up in such a way that we might not have ever been able to return to it."

They announced a hiatus, but for all intents and purposes, the band was done. Each person felt they needed to see life outside of Bombay Bicycle Club. Steadman went on to release an album as Mr Jukes, MacColl went to university to study for a BA and a masters, bassist Ed Nash released a record as Toothless, and Suren de Saram hit the road as an in-demand session drummer. Then, in 2017, they started to talk about the imminent 10th anniversary of their debut, I Had the Blues But I Shook Them Loose. "It really was baby steps. We considered playing shows to celebrate that, and that was going to be it for a while," explains Steadman. "I remember thinking, we can't come back and play an old album and disappear again. That's what 80s bands do, and we were 28 at the time." Nash recalls going for a drink with his friend and wondering what their future held. "I went to the pub with Jack and I said, I really miss it, and if there's potential to do it again, I'd be into it."

They started to test the waters of being a band again. Steadman and Nash went off to a friend's house in Cornwall, spending one week out of every month there for the first half of 2019, where they worked on demos separately, coming together in the evenings to go through what they had done. It took everything back to the very beginning. "I can remember Always Like This was only finished because Ed came round to my house and he helped me write the chorus," says Steadman. Almost all of Everything Else Has Gone Wrong was written in Cornwall, and it changed the dynamic in a crucial way. Two of the songs on the record - Good Day and People People - were written or co-written by Nash, which was a first for the band. "I think that's a nice example of things being different, and a nice example of how us all going and doing our own thing has benefitted the band," says Steadman. "Because I think Ed probably had songs up his sleeve all this time, but doing a solo album has given him the confidence to share them."

One of Nash's songs, People People, was co-written with long-time band collaborator and vocalist Liz Lawrence, who sings on a number of tracks. "When we were in Cornwall, I would send Liz loads of ideas and she'd send them back immediately, and they just sounded so good, so we would keep them. Because of touring, we knew how our voices work together, so it was effortless," explains Steadman. Another new voice on the album is singer/songwriter Billie Marten, who sings on the gorgeous, sweeping Racing Stripes. She and Steadman met at a Choose Love charity concert. "We talked about bands we both loved and stayed in touch. She reminded me of Low. I fell in love with her voice," he says. "It was the same with Rae Morris on the last album," says MacColl. "We wanted to do something new, and add different textures."

The band were clear from the beginning that they did not want to produce Everything Else... themselves. "Having someone else come in was a way of pushing us slightly out of our comfort zone," says Steadman. It was Nash who suggested John Congleton. "Congleton was someone I personally wanted to work with," he explains, adding that he had been a fan of the producer's work with Wild Beasts and St Vincent. They tested out a few songs in London with him, then spent just three weeks in Los Angeles recording the album. "He works very instinctively," says de Saram. "If we've got a good sound, get it down. On quite a few of the songs, we just did one or two takes, which would have been unheard of in the past."

For MacColl, the producer brought important friction to their dynamic, again forcing them into a new and unfamiliar position. "He has less of a natural pop inclination than we do, which was good in some ways, because it was an ongoing battle. I think it was the most creative friction we've had with someone, which is a good thing." If the band wanted to do too many retakes, or fiddle with tiny details, Congleton would tell them to stop. "It's the least sanitised record we've ever made," says Steadman. "The album sounds a lot looser, in a good way, than our other albums, which can be very machine-like. I feel like I've relaxed, and chilled out a bit." They recorded more songs playing live, together, whereas on older albums, they might have recorded their parts separately, and made it perfect in the production. "There was less time spent on the computer. We recorded Good Day, which Ed wrote, all playing together in the room. I was looking around being like, ah, it's us four again. It was a sweet moment," says Steadman.

The first single to be released from the album, Eat, Sleep, Wake (Nothing But You), was emphatically Bombay Bicycle Club, a confident, certain return to form. "We felt it was recognisably us, while also sounding fresh and new," says de Saram. "I remember playing the demo to a mate of mine, in my car, and as soon as it came on, he had a big smile on his face. It felt like we were back." The hiatus had revived them. "There was an element of not knowing what you've got til it's gone, and taking things for granted, which we definitely were," he continues. "Having spent some time apart, we realised how special and meaningful it was to all of us, in our own way. We're much more appreciative now."

This feeling of rejuvenation, of a rediscovered sense of purpose, runs through the bones of Everything Else Has Gone Wrong. "Lyrically, it's the most different to any of the previous ones. The songs are quite direct and personal, but not about relationships, like the other albums. I can feel more of Jack or Ed in it," explains MacColl. Nash says that when the band began, they were, for obvious reasons, writing about being teenagers. "For me, this record is looking at the next stage of being in your late 20s," he says. "I Worry Bout You is about caring for someone. There are songs about companionship, about trying to find your place in the world, all these things we never really touched upon before. All of our friends are struggling with that next stage in life."

The majestic Do You Feel Loved?, which builds around a dancehall beat and a flute sample, captures their new, wide-angle perspective, particularly when it comes to the lyrics. "For me, it's rare to write a song about contemporary culture," says Steadman. "But that it is about technology, and how we're all desperate for affirmation, refreshing our phones to look for people to love us and to get likes." Its middle eight draws on ambiguous spirituality - "all the cracks around your head will fill with light" - before it plays out by asking its central question again and again. Good Day sees the band in new, more sparse territory, exploring a similar malaise. "This is one I wrote, in Cornwall," says Nash. "For me, it perfectly summed up how I'd been feeling for the year or two prior to that. I was having a hard time on a day to day basis, and I'd be like, fuck this, why am I doing music, I should get a real job. I realised there were bigger problems than the ones that were surmountable. You're in charge. If you want to have a good day, you're the master of your destiny." The beautiful Racing Stripes, meanwhile, represented a breakthrough for the band, during a brief period in Cornwall when Steadman was finding it difficult to write. "It's a good example of the emotional rollercoaster you go through. I was like, this is it, I can't do this any more, and then the next morning you're like, ah, this is a really good song. The relief!" he says.

"Racing Stripes is the first song we've done where I feel you could have a lighter in the air and sing along to it," says MacColl. Its final refrain, a lilting loop of "This light will keep me going," speaks to the future, and to what they have achieved together, and will go on to make. "I find this album to be so much more positive than anything we've done before," MacColl continues. "It is inherently optimistic about what's next." As the title has it, Everything Else Has Gone Wrong. The 'else' is crucial. Bombay Bicycle Club have found their second wind.