Christine and the Queens

THIS EVENT IS NOW COMPLETELY SOLD-OUT, AND THERE WILL BE NO MORE TICKETS OR BUNDLES AVAILABLE TO PURCHASE. 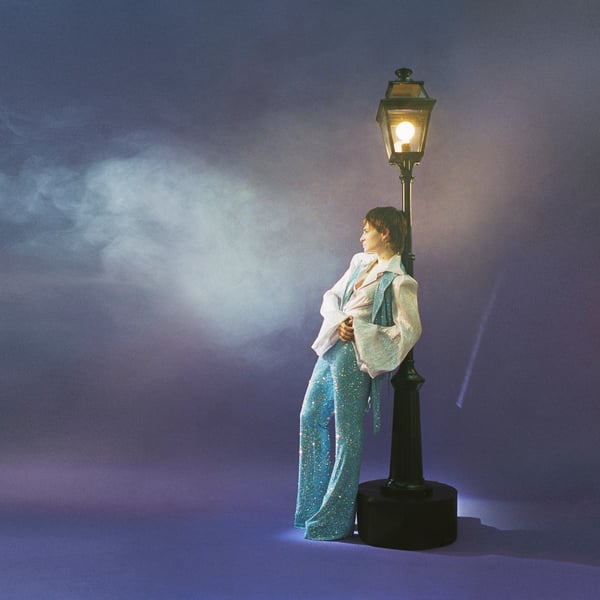 Unfortunately this event (originally 19th March) has been postponed, due to travel restrictions and health concerns around Coronavirus.

We are working hard to find a new date to reschedule this event, and we have identified 29th April as the most likely date, so for now this event is moving to 29th April, and we will further update fans on this ASAP.

All pre-orders will be valid for the new date. Customers can choose to cancel their order completely - via point of purchase, or keep their order for the new rescheduled date.
We appreciate your support and understanding. RT (15/03/20)

Christine and the Queens will be presenting a screening of her new short film ‘La vita nuova’ to fans at the Curzon cinema Soho followed by a live, on-stage conversation with director Colin Solal Cardo and audience Q&A.

Pre-order the EP / Ticket to gain entry + an exclusive signed poster (collectable on the night from Curzon Soho) + your 'La vita nuova' EP (which will be available to collect on 10th April release day from Rough Trade East).

Or pre-order a Ticket to gain entry only.

Following her unexpected new single ‘People, I’ve been sad’ in February, Christine and the Queens releases a brand new EP, La vita nuova - a prospect for a new life.

Produced by Christine and the Queens and Ash Workman, the EP is out now on all digital platforms via Because Music, and available to pre-order on CD and vinyl editions (due for release 10 April).

La vita nuova arrives with an accompanying short film of the same name, imagined by Christine and featuring the EP’s five new songs in as many sequences. The 14 minute film is an inward journey that sees the artist invest Opéra Garnier, the world famous Paris opera house, filling it with stories of ghosts and mythical creatures. Through the lens of long-time collaborator Colin Solal Cardo (Robyn, Charli XCX) and with choreography by Ryan Heffington (VMA Award 2014, Grammy Award nominated), Christine and her dancers appear in succession on the Opéra rooftop, its grand stage and most secret recesses, culminating into a feverish moment with Caroline Polachek, a collaborator on the EP’s title track.

6. I disappear in your arms (bonus)

La vita nuova follows 18 months of live shows, collaborations and international distinctions, around the release of Christine and the Queens’ breathtaking second album. Chris was written, arranged, produced and performed by Christine and the Queens, and charted at #3 in the official UK album chart; it has been certified silver in the UK. Chris is the follow up to her already-iconic debut record Chaleur Humaine, released to near-universal acclaim in France in 2014 and the UK in 2016, and selling more than 1.4 million copies worldwide to date. Most recently, Christine and the Queens collaborated with Charli XCX on the acclaimed single ‘Gone,’ released last autumn and a mainstay of 2019’s end of year lists.

Chris and its acclaimed songs made multiple 2018 year-end lists and was named Album of the Year by The Guardian, The Independent, iPaper, Evening Standard and Clash Magazine; the record’s lead single ‘Girlfriend’ was Track Of The Year in Time Magazine, Dazed and MOJO. It was also featured by, amongst others, The Sunday Times, Daily Telegraph, The Observer, Q, Uncut, Pitchfork, Noisey, The FADER, Crack & The Line of Best Fit. Christine and the Queens received her second nomination for International Female Solo Artist at the BRIT Awards 2019, was named Q Icon at the Q Awards 2019 and won the Artist Award at the Attitude Awards 2019. She starred in numerous artist, album and song of the decade lists by Pitchfork, NME, Consequence of Sound, Paste & more.

*Please note: All times are subject to change.

- Tickets and signed posters are collected on entry at doors, from Curzon Soho on the night of this event.

- EP's and CD's can then be collected after the event from Rough Trade East, from 9am on Friday 10th April, when the EP is officially released.

- Shipping of EP's and CD's is not available for purchases made for this event.

- Ticket only customers are not eligible for a signed poster, and there will be no extras on the. Only those who pre-order the EP or CD can collect a signed poster.