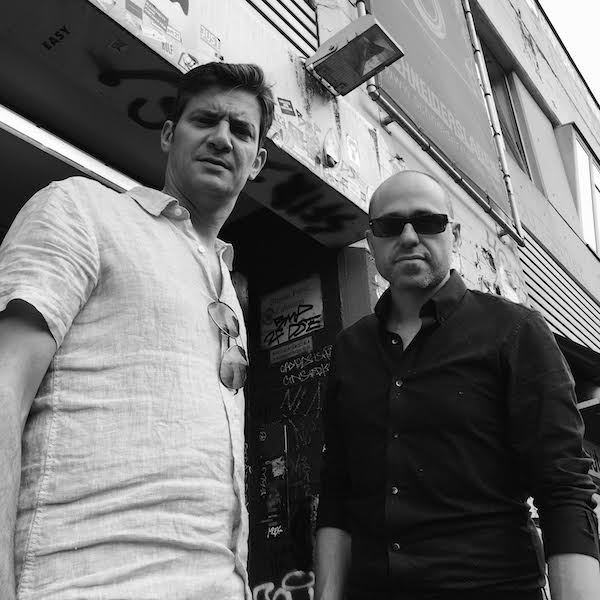 d'Voxx will be in-store at Rough Trade EAST, performing a special live set taken from the new album 'Télégraphe', and to celebrate the limited double-vinyl release on DIN. Special guest Matt Hodson (MATTHS), introduces the evening with a bespoke ambient modular set.

This event is Free Entry, with the option to pre-order an album / ticket, and we will have your guaranteed album ready and waiting to collect on the day of this in-store.

d’Voxx is a live electronic music project courtesy of Paul Borg and Nino Auricchio. Using only new modular instruments for live performance works, they explore the post-digital landscape working within the constraints of an analogue domain. d’Voxx reject the notion of preservation for a more transitory paradigm. Seeking to explore the space between live performance and recorded artefact, and through their recordings they document the collaborative progress of the artist, and the new modular instrument.

d’Voxx has evolved over the past three years through a series of acclaimed live performances at festivals and expos across Europe, including Music Tech Fest at Funkhaus studios, Berlin, Superbooth_17 and 18, Berlin, and St. Louis, Rome. In the UK they have performed at the Belgrave Music Hall in Leeds, the We Are Robots festival in London, the Attenborough Centre in Brighton, ‘Bells n Whistles Crackles n Pops’ in Cambridge, The Readin Pop festival, and the London College of Music’s annual electronic music week event, which included the world premiere of a live new modular performance in 3D-Audio.

Paul Borg: a double platinum award-winning music producer who established an early career profile working alongside pioneers of the emerging UK dance and electronic music scene such as Danny D, Derek B, KLF and Rebel MC, while also engineering and re-mixing for US artists including Was Not Was, Joyce Sims, Gang Starr and The Roots. Paul also recorded and mixed 5 albums with Japanese DJ collective United Future Organization for Giles Peterson’s Brownswood label, and continues to write and produce music for film and television throughout the world. Paul is a senior lecturer in music technology at the University of West London where he also teaches new modular synthesis.

Nino Auricchio: an electronic music composer, producer and arranger who has worked for Sony Music, BMG and numerous dance and soul labels. Nino has had success as part of the funk act Funkshone, releasing records globally through Skyline Records, P-Vine in Japan with work remixed by Kenny Dope Gonzalez. Nino composes library music and has work licensed by Red Bull for the World BBoy Championships and the US film, Growing Reason. Nino is a senior lecturer in sound engineering at the University of West London and is undertaking a PhD in electronic music composition.

With his debut MATTHS release, the Brighton-based artist presents two stunning, atmospheric soundscapes ‘Velocet’ and ‘Loop’ which both immediately captivate the listener with their masterful, brooding beats. Using a bespoke modular synthesiser setup, MATTHS has designed and compiled a unique musical instrument that enables the creation of textures and tones specific to personal creative concepts.