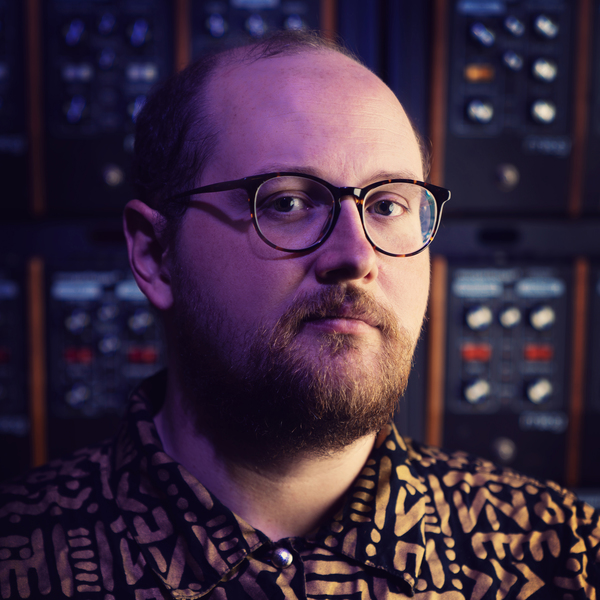 “How do you make something solid, beautiful, and built to last in a time of cultural chaos and personal doubt?”

Since 2015’s critically acclaimed Gliss Riffer, Dan Deacon has branched out into an array of collaborative projects including film scores to Rat Film, HBO’s Well Groomed, ESPN’s 30 for 30: Subject to Review. With Mystic Familiar, Dan Deacon gives us the stunning result of years of obsessive work, play, and self-discovery. It’s at once his most emotionally open record and his most transcendent, 11 kaleidoscopic tracks of majestic synth-pop that exponentially expand his sound with unfettered imagination and newfound vulnerability.

More than just a complete, polished, and satisfying record in an era of sound bites and disposability, Mystic Familiar is Dan Deacon’s first record in which each song was built around one thematic throughline, a meticulously realized landmark in a discography already marked by rich imagination and layered perfectionism.

Deacon will sit down at Rough Trade to give an in-depth look at the meaning of a mystic familiar, the role it plays in the album, his process and incorporation of new technology, struggles with doubt and working on self-care as an artist.