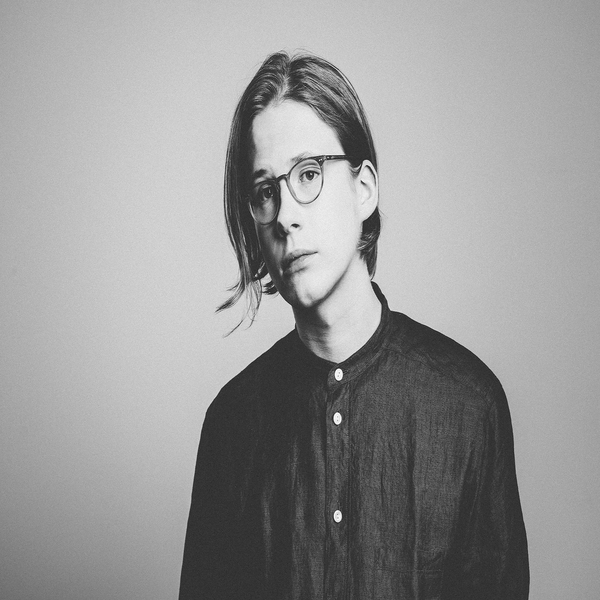 Gabríel Ólafs will live be in-store at Rough Trade EAST to perform tracks from his new album 'Absent Minded', released 30th August on One Little Indian.

This event is FREE ENTRY, with the option to pre-order an album + ticket, and we will have your guaranteed album ready and waiting to collect on the day of this in-store.

“I love old movies and stories. I enjoy the fact that film scores demand a piece of music to have emotional depth. It has to convey multiple emotions and therefore has its part in telling a story.” Gabriel Ólafs possesses an exceptional talent for telling a stirring symphonic story through instrumental music. At just 19, the composer and pianist wowed viewers and a live audience on Icelandic TV during his first ever live performance, where he was discovered by Björk’s manager Derek Birkett, announcing a record deal with One Little Indian Records shortly after.

“My favourite thing is to compose a ‘theme’ for somebody – a character or even a place. A memorable melody that instantly takes you somewhere else” the young musician elucidates. At just 14 years old he wrote ‘Absent Minded’ – an imagined theme tune and subsequent lead single from his forthcoming debut album of the same name, out 30th August on One Little Indian. “I am very visually-minded, and I often compose to an imaginary story or character. You could say my album is a score to a non-existent film.”

Ólafs is expert in the art of tension, creating a lingering breath in between the gaps – something he observes about good movies. Single ‘Absent Minded’ expresses those lost-in-thought moments, the daydreams, the imaginary worlds we create in our quietest hours. Called so, because people have always referred to Ólafs as ‘absent minded’; “I like to imagine things and let my mind drift off” he says. “The piece is very personal to me - I've had this melody in my head ever since I was 14, and I finally completed the piece this year.”

The teenage pianist would admit to being somewhat isolated growing up in his small Icelandic hometown, creating cinematic moments in his head from mundane things he sees around and nearby the house; a poster of a French cyclist, his mother gardening, the harbour down the road, a female friend who is named after an Icelandic bird, ‘Lóa’. His home studio is his world, his family home his universe.

One piece in particular came to life following an incident during an Icelandic storm; “'Staircase Sonata' is a piano song that I wrote when there was a horrible storm in Iceland and the lake flooded into my studio. All my instruments and microphones were in a big pool of water and the fire department came and carried my piano into the stairwell. Although it was an unpleasant event, I really enjoyed the reverb in the stairwell - so that's where I composed the song. It's bittersweet but it's meant to capture positivity in a moment of unhappiness.”

'Floral Hymn' is inspired by a real-life muse, in the form of Gabriel’s mother, who he describes as an introvert like him. “She has a beautiful garden with many plants where she spends a lot of her time. It's meant to capture a peaceful solitude.” Ólafs wrote the song as his mother tended to the garden. Similarly, ‘Cyclist Waltz’ is a theme for a man on a vintage French poster in Ólafs’ house. “It's a painting of a guy with a moustache and his bicycle, and it hangs on the wall across from where my piano is, which is where I compose.”

Gabriel began playing the piano at age 5, studying classical and jazz piano, but always preferring to veer away from traditional teachings, playing by ear and making up his own miniature melodies and musical phrases within his own imagined world. The musician discovered how the use of felt piano created a new other-worldly texture – a certain density to the notes he composed; “I like to put a layer of fabric between the hammers and strings of my piano to make it sound softer, and then I just play what I’m feeling or thinking at that moment - and then I try to capture it on my tape recorder”.

The undoubtedly emotional pieces are somewhat surprising for an artist so young – yet the young artist flourishes most when encapsulating a certain sensitivity within his music that’s perhaps lost in adulthood. “My album is very personal to me. It reflects my imagination and along with it my deepest emotions – but I'm hoping that when someone listens to it, they will start to imagine their own movies or stories, and interpret the melodies in their own way.”