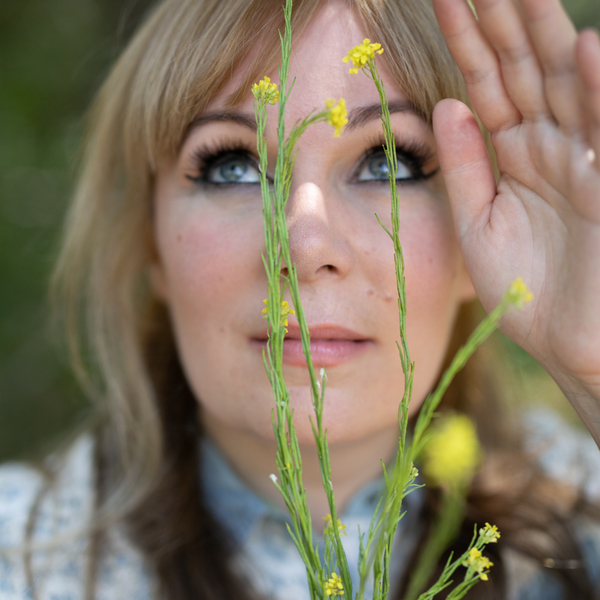 Isobel Campbell will be performing live in-store at Rough Trade EAST, celebrating the release of her new album 'There Is No Other...', released 7th February on Cooking Vinyl.

“The main thing with this album was to find my own voice,” says Isobel Campbell. “A record without reference points. Any influences were sub-conscious. Even if what came up was strange or odd, it was just me.”

After a prolonged absence and major changes in her life, the Glasgow-born singer-songwriter and cellist has made her freest, finest album yet in There Is No Other, 13 tracks of hook-driven melody across a wide spectrum of subtle, alluring arrangements and moods, from intense to mysterious to carefree, topped by her trademark gorgeous soft-spun voice. “One word I had in mind for this record was, ‘psychedelic’, Campbell says. “A dreamy, otherworldly feel.”

Take the lead single, ‘Ant Life’; shimmering folk-pop with woozy synths over a metronomic pulse with decorative handclaps. Or the forthcoming second single ‘Hey World’, a silken southern-soul odyssey that builds to a soaring, gospely climax. Subconsciously or otherwise, each song acknowledges the different paths that Campbell has travelled down the years: the twists and turns, various guises and collaborations. There Is No Other is also a very grown-up record; a life has been lived. She’s not a 19-year old ingénue anymore.

That was Campbell’s age when she first emerged, as a founder member - and inspirational muse - of indie royalty Belle & Sebastian. Going solo in 1999, she called herself The Gentle Waves for two dream-folk albums before two more expansive records under her own name. But it’s 14 years since her last solo album, and Campbell’s much better known for the trio of albums (2006-2010) of brooding torchy Americana she made with America’s favourite grizzly crooner Mark Lanegan - a Beauty-and-the-Beast scenario turned on its head since Beauty was calling the shots.

Campbell subsequently moved from Glasgow to Los Angeles, got married to studio engineer Chris Szczech and got down to making There Is No Other. But whilst she has fought fiercely to control her own destiny, she’s met resistance from outside forces, most notably the label/legal complications that has held up the album for three years.

To say it’s been an eventful ride is an understatement. Back in 2010, Campbell and Lanegan toured their third collaboration Hawk before business complications for Campbell stopped her in her tracks. (“We never really spoke about it but towards the end of the Hawk tour there was this mutual feeling that we’d both be doing something else for a while”) The aftermath saw Campbell, “play possum for a while, and lick my wounds.” Creatively, she wanted to go solo again, “though I was unsure how.” Fortunately, Szczech was there to help, comfort and inspire - “there would be no album without Chris,” his wife affirms.

A new label deal for Campbell in 2014 heralded a big new beginning and the start of a brilliant adventure. The couple criss-crossed America several times, taking their dogs with, recording in locations from an insurance office in Syracuse and a wooden cabin in the Catskills to more traditional Mant Studios in LA, mostly on their own but sometimes calling on a few pals: guitarist Jim McCulloch (Soup Dragons) and keyboardist Dave McGowan (Teenage Fan Club), plus player Elijah Thomson (Father John Misty, Everest), Nina Violet (strings, clarinet) and backing singers Tiffany Makeda Francisco and Tracy Nelson.

But when her record label suddenly closed; it took Campbell a year to take back the rights to her album, another year before she signed to UK indie Cooking Vinyl and a further year before all legalities were cleared and schedules organised.

She sang with the Mary Chain during this time (on 2017’s Damage and Joy and in concert) “I loved that experience, that was a genuine pleasure and kept me going for a bit.”

“It felt like I’d retired,” Campbell sighs. “Or I was in prison. To be told I could not release the record completely broke me and I started questioning everything, feeling very reluctant and shying away from everything. But if you’re lucky to live long enough, there are always going to be peaks and troughs.”

But here’s the album at last, taking the name There Is No Other from an ancient Mayan greeting that Campbell discovered while embracing the art of meditation - a mindful way to take away stress. “In Lak’ech Ala K’in means, ‘I am another yourself or I am you and you are me,’ she explains. “It’s easy to feel separate, but we share the human experience, so we’re interconnected. That said, there’s a pushback to that - why were these [business] people doing all this to me?”

Several tracks chime with the album title, such as ‘Rainbow’, a blend of dreamy bossa nova and crunchy electro-rhythms, to address, “respecting other people.” the exquisitely sparse ‘Just For Today’ inspired by the five precepts of Japanese Reiki, and the swooning, country-soulful ‘The Heart Of It All’. “We’re living in such divisive fear-mongering and intense times that it feels good to focus on healing and the underlying unity of all things,” she says.

There Is No Other reverberates with other themes too, such as Campbell’s new home in America, which inspired the album’s bittersweet intro ‘City Of Angels’. “Los Angeles is such a weird and wonderful place, seductive yet overwhelming,” she notes. Vibraphone and strings underline ‘Boulevard’, Campbell’s reaction to LA’s homeless crisis and rich/poor divide. ‘Ant Life’ finds her recoiling from the hectic pace of life in US cities, from its malls to the highways: “All over, in fact, while I’m exceedingly slow, always late for absolutely everything! My whole life, I’ve wondered, what’s the rush?”

So it goes, through the suitably Eastern-flavoured ‘The National Bird of India’, inspired by seeing peacocks roaming near to her house, “and observing these human peacocks in LA, strutting around! There’s a cutthroat vibe here at times. After the initial honeymoon phase of moving, I started struggling with intense homesickness. I think a lot of the album has a displaced feeling– moving away from family is brutal. I don’t know if I’ll be an immigrant forever.”

Music industry experience gone awry inspired ‘Vultures’, the mellowest reverie ever written about the music business. “It’s a feeding frenzy at times,” she says. “I love music, however. So, I have to accept and navigate the tricky, vile, painful stuff in service to what I love.” Family inspired the strings-driven autumnal folk of ‘See Your Face Again’: “Looking back, I think a lot about moving to LA was related to my grandmother dying six months earlier in Scotland”

Fortunately, America has been life-affirming too. Such as the similarly autumnal ‘Counting Fireflies’, written at the Szczech family cabin in a forrest by the lake in Skaneateles, and the album’s sole cover version, Tom Petty’s ‘Runnin’ Down A Dream’, started at Dreamland Studios in NY in 2012 with Jim & Dave, the signature guitar part replaced by a gently throbbing synth, the lyrics perfect for Campbell and Szczech’s cross-country travels, “workin' on a mystery, goin' wherever it leads.”

Finally, there’s ‘Below Zero’, musically as tender as There Is No Other gets, but lyrically tough: “Tired of all the bullshit / Playing nice / Shadow boxing / Skating on thin ice” as Campbell shows her survival instinct, to not let the bad guys win. Running down a dream, and finding her true voice. There is No Other couldn’t say it any better if she tried.