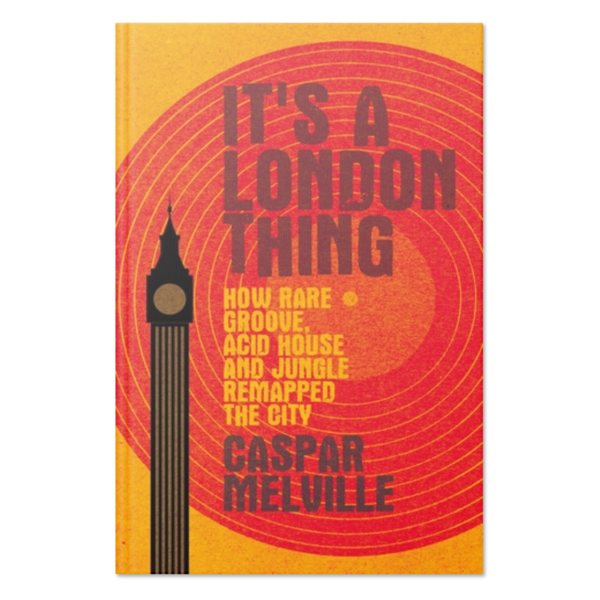 Author Caspar Melville will be in-store at Rough Trade East and in conversation with Emma Warren, Colin Dale and Jude Yawson, discussing his new book 'It's a London Thing', available now and published by Manchester University Press.

This event is free entry, with the option to pre-order a Book + Ticket and we will have your guaranteed copy ready and waiting to be collected on the night in store at Rough Trade East, when doors open at 6pm.

It’s a London thing is a record of the Black music culture that emerged in post-colonial London at the end of the twentieth century; the people who made it, the racial and spatial politics of its development and change, and the part it played in founding London's precious, embattled multiculture.

It tells the story of the linked Black musical scenes of the city, from ska, reggae and soul in the 1970s, to rare groove and rave in the 1980s and jungle and its offshoots in the 1990s, to dubstep and grime of the 2000s. Melville argues that these demonstrate enough common features to be thought of as one musical culture, an Afro-diasporic continuum. Core to this idea is that this dance culture has been ignored in history and cultural theory and that it should be thought of as a powerful and internationally significant form of popular art.

'I've waited decades for a book like this to be written. Turning each page is like digging through the crates. Important connections, intersections and black sonic samples are weaved throughout the text like a seamless mix. Black British music deserves this kind of attention. It's an important piece of the puzzle of DJ and Club culture that has yet to be assembled in its entirety.'

'Caspar goes in deep! I am so proud to be part of the London clubland story he tells.'

'This book is rare and special. It combines loving appreciation of London's overlooked black music scenes with a richly detailed social history of their place in the evolving life of our city. There really is no other book like it. Caspar Melville knows because he was there.'

Paul Gilroy is a recovering vinyl junkie who teaches at UCL

Formerly a music journalist and editor of New Humanist magazine, Caspar Melville is a lecturer at SOAS, University of London, where he convenes the MA in Global Creative and Cultural Industries.