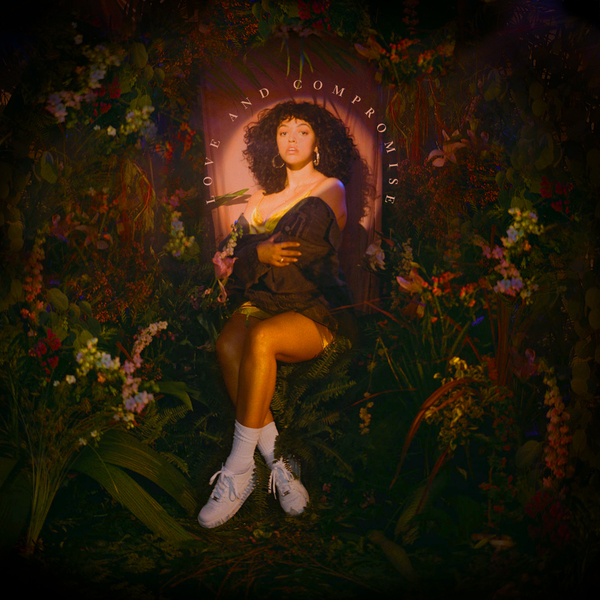 Mahalia will be live in-store at Rough Trade EAST to perform tracks from her new album 'Love and Compromise', released 6th September.

It’s hard to believe that an artist with an output and reputation as strong as Mahalia’s hasn’t released an album yet. But having signed to Asylum Records via Atlantic at the age of 13, before taking the time to finish school in her hometown of Leicester and find her sound, Mahalia’s entire career has been an exercise in intuition and timing.

“When I got to 18 and I moved to London, I was confused because I thought that I was ready but I really wasn’t.” Mahalia bounced around the houses of friends and family for over a year, with very little money or motivation to create: “I was just finding life really difficult.” It wasn’t until she decided to move back to Leicester in 2017 that she wrote and released breakout single ‘Sober’. “All of that was just me losing confidence and feeling insecure, watching other artists surpass me and I hadn’t even worked out who I was yet.” Fast forward to present day, via a viral COLORS session that travelled globally and “changed everything”, international tours - both support and headline - a string of infectious singles and collaborations with the likes of Little Simz and Kojey Radical, Mahalia has been back in London for over a year now and writing her debut album for just as long.

Inspired by Eartha Kitt, Mahalia’s debut album is titled “Love and Compromise”. Named after the clip of Kitt that resurfaced and went viral a few years ago, where she unapologetically addresses her views on relationship and the idea of compromise. Mahalia explains, “I watched that clip religiously and it was such a huge part of my growth and understanding myself in relationships with men.” In the 3-minute snippet, the iconic triple threat star who was a singer, dancer, actor is posed the question of whether she’d be prepared to compromise if a man entered her life. In response, Kitt cackles dramatically and proceeds to return the question repeatedly, asking the interviewer to unpack everything from exactly what reasons she would have to compromise, all the way to the meaning of the word itself. Her own signature blend of fascinating and empowering - something that Mahalia channels effortlessly through her own candid lyrics and refreshing outlooks.

“The album talks about me falling in love, and falling out of love, breaking hearts and having my heart broken and me compromising for things but also at the same time being really uncompromising.” And it’s that back and forth that inspired a lot of the writing on this record, before eventually coming to the resolution that while we can choose to compromise on the material, there’s power in choosing to remain strong in your character and spirit.

Musically, the record is surprising even to Mahalia, excitedly she admits “it’s not what I thought it was going to be!” Continuing a distinct departure from her earlier stripped-back acoustic style for a more diverse and open sonic palette. “Every song is different, which to me is so much more exciting.” She cites Jill Scott’s Woman and Billie Eilish’s debut album as sharing a similar ethos, where you’re able to feel something different in each moment.