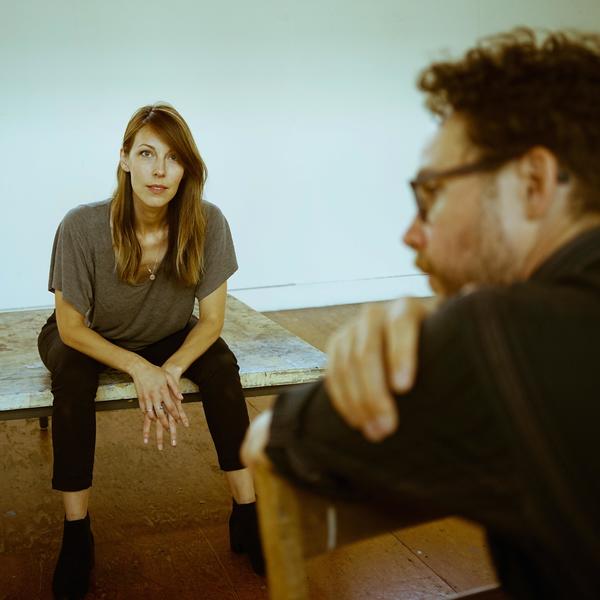 Minor Pieces will be live in-store at Rough Trade EAST to perform tracks from new album 'The Heavy Steps of Dreaming', out now on Fat Cat.

Vancouver-based Minor Pieces is a stunning new singer-songwriter partnership comprising acclaimed singer/composer Ian William Craig and newcomer Missy Donaldson, a singer and multi-instrumentalist. Retaining the textural play and decay of Ian’s solo material but instead channeling it squarely into the domain of tangible songwriting, the duo utilise guitar, modified tape decks, bass and synths to fashion deeply felt songs with beautifully matched male/female vocals standing clear and resolutely centre-stage. Taking influence and inspiration from the likes of Low, Grouper, Mazzy Star, Portishead, Cowboy Junkies, Cat Power, Bjork, My Bloody Valentine and Talk Talk, the duo sound at once familiar and on a par with these peers, whilst forging something unique and way beyond the sum of its influences. Undoubtedly, this is a seriously high-quality act.

An award-winning printmaker and classically-trained vocalist, Ian’s musical credentials are increasingly known, having released ten full lengths since 2011 and received widespread critical praise for his solo work. Mojo described him as a “singer manipulating analogue recordings of his own voice to conjure up bewitching traceries of phantom arias, born from warped tape and sonic decay … destroying his own work, yet creating something more elegiac and profound in the process;” whilst Rolling Stone pinned him as “sounding like a collaboration between between Bon Iver and William Basinski.”

Curiously unreleased as an artist up to now, Missy grew up around music, studying it and making a career within it. Born and raised just outside of Vancouver, her father played the guitar and sang regularly, whilst over the years she was involved in numerous collaborative musical projects with friends, playing in bands and performing solo. Having graduated with a degree in music therapy in 2016, Missy works as a certified music therapist in hospitals and
long-term care facilities, helping both the elderly and adults with mental health issues. She also facilitates a Lullaby Project, working with single mothers to help them write and record their own personal lullabies so they can connect and bond with their young ones.

Both residents of Vancouver since 2009, the pair first met when Ian attended a house show in 2013 at which Missy was playing a solo set. They were introduced via mutual friends shortly thereafter. In November 2016, when the pair were at a gallery show to watch their mutual friend C. Diab perform, Ian asked Missy if she wanted to collaborate on the songs he’d been sitting on for years – with Missy agreeing immediately, Minor Pieces was officially created. They met several times at the start of the following year to discuss ideas and then took the massive leap of booking a live show before they'd even started rehearsing. With that deadline acting as hastening motivation, Minor Pieces played their first show at Hidden City Records in Vancouver on March 2017. Following a great response, two or three further shows were played the next year whilst – between their day jobs and Ian’s solo career – they slowly attempted to find their footing and coalesce their ideas into something that felt harmonious and true. Mobile phone footage of one of those early shows was enough to convince FatCat (whose 130701 imprint Ian’s solo project is signed to) to sign the duo, and gave them further impetus to properly complete the recordings they had begun.

As Missy explains, “when we started, we barely knew each other and soon figured out that we have entirely different ways of operating and processing information. Our creative processes are markedly dissimilar. So there were times when we could’ve just walked away, seeing as sitting in the difficulty of learning and changing was uncomfortable, but as we grew to know each other, we identified that we were shifting through major barriers that were previously programmed. What we really needed was to address what each of us required to thrive. Oncewe laid it all out on the table openly, it clicked, and found there really was a lot worth sticking around for. We worked through a multitude of layers to gain and embrace honesty, patience, commitment and understanding. We needed to separate friendship from bandship. It helps
that we are both extremely sensitive humans and now dear friends.”

Minor Pieces debut album was recorded in the summer of 2018 and released on FatCat in October 2019. Rough Trade picked it out as one of their albums of the month and it received widespread critical acclaim, with MOJO calling it "an almost alchemical fusion of the human and the otherworldly... [like] Low backed by William Basinski... it is music apparently channeled from an exotic, opiated reverie", and Exclaim calling it "a major force in the universe... an awe-inspiring debut from a pair of otherworldly voices.”