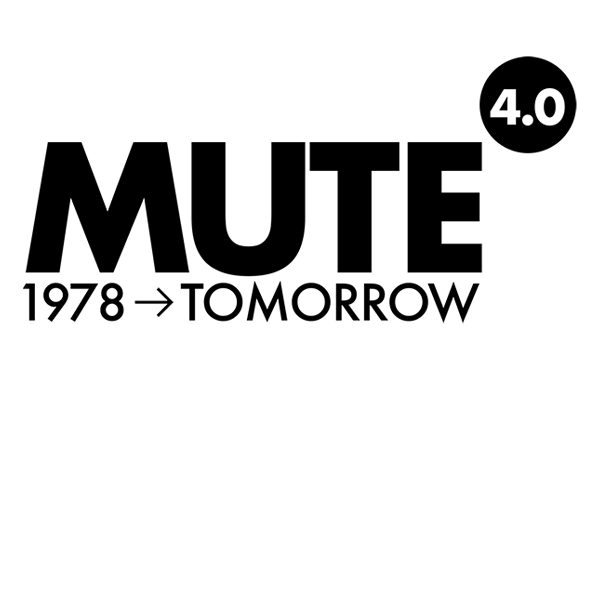 Rough Trade are thrilled to be hosting a takeover at Rough Trade East celebrating MUTE 4.0 (1978 > TOMORROW), the influential label's unique way of marking the past 40 years.

This event is free entry during the afternoon. To guarantee your entry to the evening section of the day (from 7pm Doors onwards), and to see Lost Under Heaven and A Certain Ratio live, please make sure to register and claim your free entry ticket HERE.

There will be a lunchtime performance from Chris Carter plus soundscapes from Simon Fisher Turner. In the evening Maps will be DJ’ing plus performances from Lost Under Heaven and A Certain Ratio (who will be celebrating the release of their brand new compilation album ACR:SET, released October 12th).

MUTE and specifically the influential independent British label’s founder, Daniel Miller, have never been ones for looking back. The label has always sought ways to celebrate all of its varied artists, but there has never been a focus on just the label. MUTE 4.0 (1978 > TOMORROW) is not about to change that, but it has prompted the idea of creating a series of special events and releases that will go further than 2018 with plans for 2019 and beyond. MUTE 4.0 (1978 > TOMORROW) acknowledges the launch of a label that started out of necessity rather than design (to release the 7” single by The Normal, ‘T.V.O.D.’ / ‘Warm Leatherette’, recorded by Daniel Miller on a KORG 700S keyboard with a TEAC four-track recorder), and marks the past 40 years, but crucially, looks forward to the label’s many years to come as it travels unapologetically into tomorrow. A whole host of special events and releases are planned, with more to be announced, stretching over 2018 and beyond.

A special series of reissues on limited edition coloured vinyl will be released in October and are available to pre-order now, including a Rough Trade Exclusive version of Silicon Teens' Music For Parties on orange vinyl!

As a founding member of Throbbing Gristle alongside Cosey Fanni Tutti, Peter ‘Sleazy’ Christopherson and Genesis Breyer P-Orridge, Chris Carter has had a significant role in the development of electronic music - a journey which has continued through his releases as one half of Chris and Cosey and Carter Tutti and a third of Carter Tutti Void - as well as with his own solo and collaborative releases.

Carter is credited with the invention and production of groundbreaking electronics, including the legendary Gristleizer home-soldered effects unit, creating the means to make sounds as well as making the sounds themselves.

Seventeen years on from his last solo release, Carter released a new album, Chemistry Lessons Volume One, earlier this year on Mute. The album reinforces his often under-appreciated role in the development of electronic music and firmly showed his relevance as a groundbreaking electronic artist more than 40 years after his first release with Throbbing Gristle.

Simon Fisher Turner is renowned for his film soundtrack work which started in collaboration with Derek Jarman, for whom he scored many feature films - from Caravaggio (1986), through to Jarman’s final work Blue (1993). Caravaggio began a long relationship with the BFI, which most recently has seen Fisher Turner compose the score for restorations of three silent films, Simon won a prestigious Ivor Novello Award for the BFI soundtrack to The Epic of Everest, released on Mute.

With a career as varied and diverse as his current projects, Simon Fisher Turner began as a young actor in Tom Brown’s Schooldays, and in between then and now has released records under his own name, The King Of Luxembourg and Deux Filles, as well as collaborated with artists such as Nik Void, Ryuichi Sakamoto, Ashley Paul and Klara Lewis.

Maps, aka James Chapman, released his Mercury Music Prize nominated debut album, We Can Create, in 2007 on Mute. Recorded in his tiny bedroom on an old 16-track recorder, the album, a work of heart-stopping extremes, was co-produced in an Icelandic moonbase with Valgeir Sigurdsson. 2009’s Turning The Mind followed and while that swung like a hedonistic after-party held after Maps’ debut, its follow up, 2013’s Vicissitude has the distinct feeling of digging deep and confronting reality head on.

James Chapman then went on to collaborate with labelmate Polly Scattergood for 2016’s on DeadWaves, an album heavy of atmosphere, rich in melody, rippled with an air of malice and flowing female and male vocals.

Maps has recently been working with the Echo Collective, a Brussels based collective of post-classical musicians, on the follow up to Vicissitude.

Lost Under Heaven (Ellery Roberts and Ebony Hoorn) released their debut album, Spiritual Songs For Lovers To Sing on Mute in 2016. Ellery and Ebony came together several years earlier when Ellery returned to Manchester (in the dying days of his previous band WU LYF) and met Ebony (visiting from Amsterdam) in the derelict squat that a group of Manchester based musicians shared. They made an instant connection and the two quickly found themselves in constant contact. Eventually Ellery left his refuge in London to make a life with Ebony in Amsterdam, and they were able to focus on a shared life project in totality.

Now based in Manchestesr, 2018 has seen Lost Under Heaven’s debut album followed up with two new tracks, ‘Bunny’s Blues’ and ‘The Breath of Light’ with a new album in the works.

A Certain Ratio embraced the ethic and culture of the late seventies post-punk explosion, but sounded like nothing else around them and refused to fit in. Formed in Manchester in 1978, the band has had various members throughout their career, with a core line-up of Jez Kerr, Martin Moscrop and Donald Johnson that remains today. Their sound is not easily pigeon holed and their influence can never be understated. The band introduced avant-garde elements of funk, jazz, electronics, tape loops and technology to the pop song, wrapping it in a post punk aesthetic, adding great clothes and the coolest haircuts.

A Certain Ratio recently joined forces with Mute and are set to release ACR:SET on 12th October, a career spanning compilation that features two new tracks, including Dirty Boy with guest vocals from Barry Adamson and Tony Wilson.