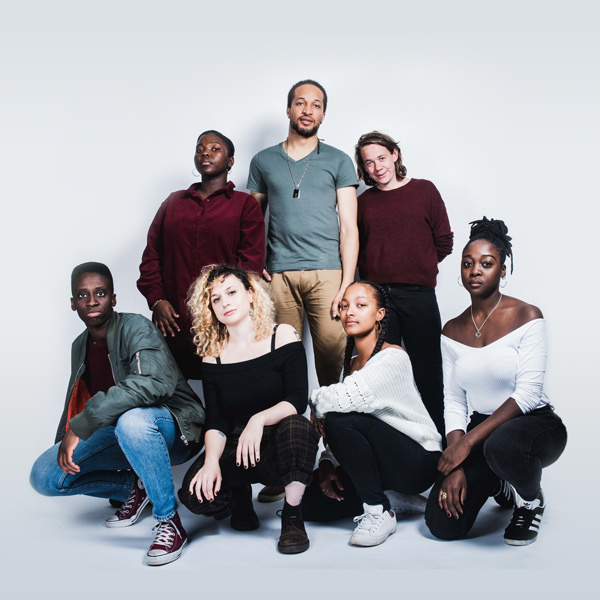 Nérija will live be in-store at Rough Trade EAST to perform tracks from their debut album 'Blume', released 2nd August on Domino.

Nérija are the septet of Nubya Garcia (tenor saxophone), Sheila Maurice-Grey (trumpet), Cassie Kinoshi (alto saxophone), Rosie Turton (trombone), Shirley Tetteh (guitar), Lizy Exell (drums) and Rio Kai (bass). Their debut NÉRIJA EP was originally composed, recorded and self-released following their meetings and collaborations via London’s Tomorrow’s Warriors (an innovative jazz music education and artist development organisation), but the septet truly emerged to prominence as an early staple of London’s now rightly-celebrated jazz scene, performing city wide amongst the throngs of younger jazz fans that followed the scene’s every step. Now with its respected bandleaders and players each developing their own lauded projects (Nubya Garcia, KOKOROKO, SEED Ensemble, Nardeydey, Rosie Turton Quintet and more) - as well as leading the instrumental line for the likes of Little Simz and Congo Natty – they return to Nérija with new riches of power and a debut album – Blume - perfectly encapsulating their shared experience.

Following the septet’s signing to Domino, NÉRIJA EP was then re-mixed by kwes (Bobby Womack, Solange, Kelela, Loyle Carner, Tirzah) for its recent reissue. kwes recalls experiencing Nerija’s much celebrated live performances: “I Instantly fell in love with them, such a unique and joyful sound and sight - the camaraderie, the banter, the musicianship, the mood. Standing in a row, almost like a football formation, they definitely looked like they meant business and really tore it up, lighting up the dancefloor.”

Blume is an exceptionally honest record, rooted in the historical reference points of the collective but playing joyfully with the modern purity of thought of all of its sonic parts. From the dreamy and sumptuous chords that propel the opener ‘Nascence’ (composed by Nérija), mid-album ‘Equanimous’ (by Rio Kai) and title tracks ‘Blume & Blume II’ (by Nubya Garcia), to the syncopated funk that drives ‘Swift’ (by Lizy Exell), or the clipped horn lines that scream with joy on ‘Riverfest’ (composed by Nérija). There is Cassie Kinoshi’s explosive ‘EU (Emotionally Unavailable)’ and Shirley Tetteh’s searching ‘Partner Girlfriend Lover’, both of which feel like cathartic yet enjoyable explorations of their individual titles, while Rosie Turton’s ‘Unbound’ and Sheila Maurice Grey’s ‘Last Straw’ have more in common with the dancefloor experience than any improvisation textbook. This is an album that exudes feeling, that breaks down the wall between artist and listener. Capturing the best aspects of their live sets while adding some indefinable studio magic, Blume is a reel that seethes and bursts with life. It’s both an end and starting point for Nérija; the fruition and continuation of conversations that began between friends a decade ago.

Blume is a truly breath-taking collection of compositions that perfectly encapsulates everything Nérija; vibrant, engaging, infectious and truly current. For just over an hour, they take us on a sprawling wonderful journey, arriving at what is a majestic body of work; of their personal and collective experiences and inspirations over the last half decade or so. Having been so impressive up to this stage in their journey, we eagerly wait to see where they’ll voyage to next.