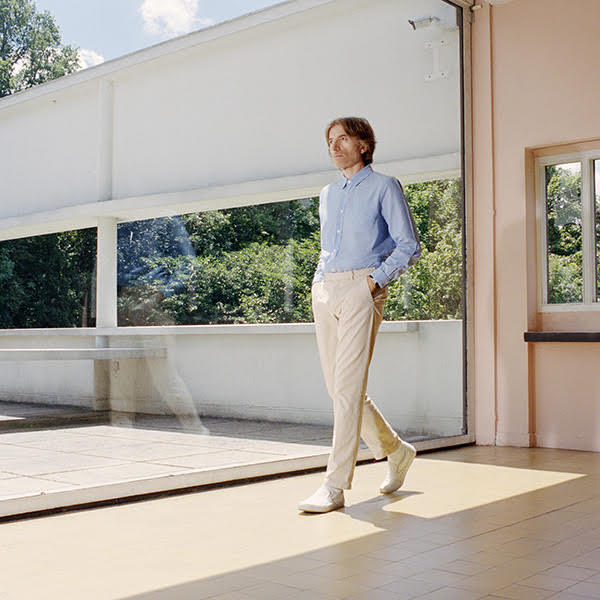 Nicolas Godin will be live in-store at Rough Trade EAST, performing tracks from his new album 'Concrete and Glass', released 24th January on Because Music.

When Air’s Nicolas Godin released his debut solo album, Contrepoint (2015), he channelled the influence of Bach into a rich, resonant and hugely rewarding spread of musical explorations. One soundtrack (Au Service de La France) later, Godin builds on equally fertile conceptual foundations for the follow-up. Released through Because Music on 24th January, Concrete and Glassis an exquisitely crafted set of variations on architectural reference points: mounted with minimalist precision and delivered with an abundance of pop warmth, it finds Godin in his element, working seductive wonders with poise and style to spare.

Having last month shared lead track “The Border”, Godin has this week shared a video for new track “The Foundation” which features guest vocals from Cola Boyy. The Oxnard singer and activist brings soul to the righteously engaged track whilst the squelchy synths and buoyant grooves burn slow, allowing the stealthy arrangements and message room to resonate.

For Godin, Concrete and Glass circles back to his formative work as half of ground-breaking French electronic group Air. Revered modern architect Le Corbusier was an influence on the young architecture graduate’s music, notably on his 1997 debut “Modular Mix”. Twenty-plus years later, Le Corbusier featured on a list of modernist architects Godin was invited to compose tributes for, tributes intended to be heard as the soundtrack to site-specific installations around the world.

In its soft ambient pulse and melting minimalism, lead track “The Border” is a perfect entry-point to Godin’s hymns to buildings, arranged and co-produced with Pierre Rousseau. Elsewhere, the title-track’s clean synth lines, crisply apportioned arrangements and tender timpani offer another inviting entry-point, sculpted with architectural clarity. While Godin’s vocoder vocals also hark back to Air’s early work, the album accommodates a diverse spread of guest vocalists elsewhere. Hot Chip’s Alexis Taylor guests on the falsetto-soul dream-pop of “Catch Yourself Falling”, one of Godin’s sweetest melodies yet. Psychedelic soul singer Kadhja Bonet sings with measured serenity over tremulous synths on “We Forgot Love”, while Russian experi-pop artist Kate NV brings a gracefully aching romanticism to the blissful swoon-pop of “Back to Your Heart”.

Additionally, Australian conceptual provocateur Kirin J Callinan contributes a vocal of restrained drama to “Time on My Hands”, a midnight-drift soft-pop ballad with a silky allure. One of the quickest tracks to record for the album, it emerged in collaborations between Los Angeles (”During some lively sessions in Mac DeMarco’s studio,” notes Godin) and Paris. After he missed his flight home, Callinan stayed in France for a day as the guitar solos were recorded, complementing the song's air of sleek luxuriousness.

Between its title-track and the sultry, smoky jazz stylings of closer “Cité Radieuse”, Concrete and Glass is an album that truly travels, in tune with its global pitch.