Protomartyr in conversation with The Raincoats

in association with Talkhouse and Rough Trade 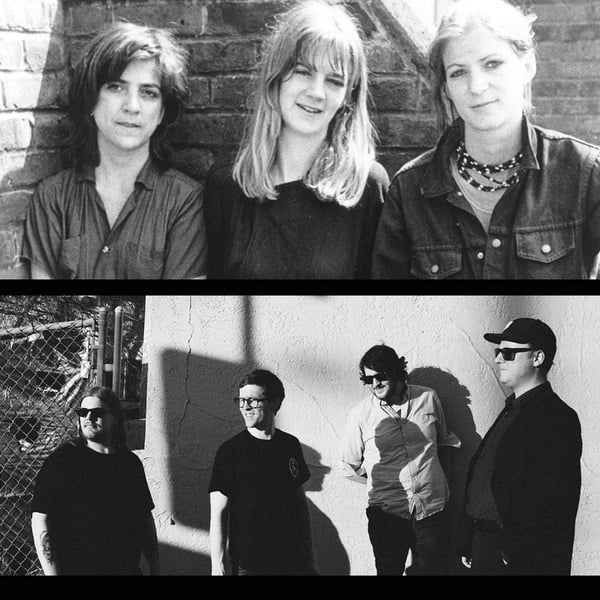 Protomartyr will be live in conversation with The Raincoats in store at Rough Trade East, in association with Talkhouse and Rough Trade.

Ana da Silva, Gina Birch and Vicki Aspinall of seminal post-punk band The Raincoats will be joining Detroit’s Protomartyr at Rough Trade East for a special Q&A in association with Talkhouse.

Having met each other last year at Protomartyr’s London live shows, the two groups swiftly found common ground and plans were made to meet again.

Protomartyr released their fourth album and Domino debut, the critically acclaimed Relatives In Descent last year. It was a collection of 12 urgent, spitfire songs with Protomartyr at their most powerful, screaming loudly for the things they care about: truth, family, and home.

Ana da Silva will also be supporting Protomartyr at The Scala the same evening.

Following last year’s release of the critically acclaimed Domino debut, Relatives In Descent, and ahead of their upcoming UK & European tour, Detroit’s Protomartyr are pleased to announce a special event in London next month.

Ana da Silva, Gina Birch and Vicki Aspinall of seminal post-punk band The Raincoats will be joining Protomartyr at London’s Rough Trade East for a Q&A on May 10th. Having met each other last year at Protomartyr’s London live shows, the two groups swiftly found common ground and plans were made to meet again.

Reflecting on The Raincoats’ legacy Protomartyr’s Greg Ahee explains his love for the group: “The Raincoats challenge and inspire me more than just about any other band. While their debut LP introduced the world to a brilliant group of women exploring their wildly eclectic talents, Odyshape exists in its own universe. It’s beguiling, innovative, and completely haunting - overflowing with creative energy and ideas to unpack. With every listen I discover something new and thrilling.”

The Raincoats’s Ana da Silva adds in mutual admiration: "Protomartyr's music is so exciting and passionate and carries you to places where their imagination opens doors to yours. I was thrilled to know that The Raincoats’ Odyshape meant something to Greg and felt really overwhelmed when I was invited to perform with them at the Scala, in London. 'Relatives in descent’?"