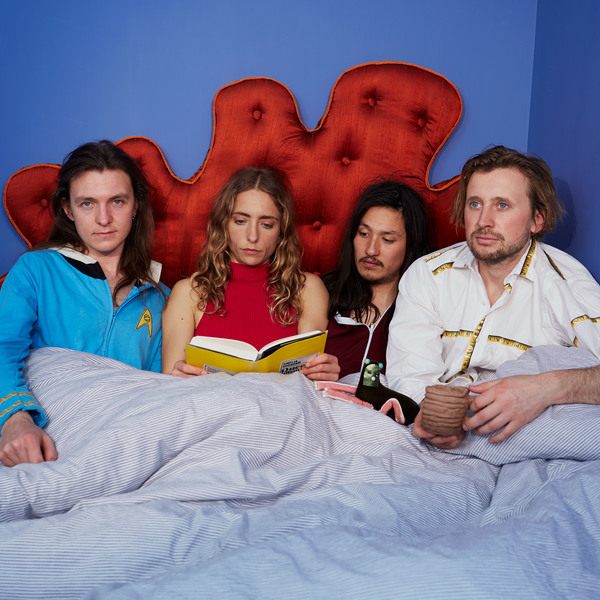 Pumarosa will be live in-store at Rough Trade EAST, celebrating the release of their new album 'Devastation', released 15th November via Fiction.

Pumarosa have today unveiled new single ‘I See You’, which is available on Fiction Records. Further previewed by recent single ‘Fall Apart’ and fellow new track ‘Heaven’ (which features on the latest FIFA soundtrack), Pumarosa’s second album ‘Devastation’ will follow on November 8th.

The band’s winter headline tour is additionally on sale now, including a London date at EartH on November 27th. The band has also announced today they will be joined by Jessica Winter for the full duration of the tour and see further support from Audiobooks on the 27th at the London show.

Introducing ‘I See You’ for the first time today, Pumarosa front-woman Isabel Muñoz-Newsome comments: “the song is about having the confidence to look back into the face of the guy who is talking you down, or taking your space, and saying "I see you!" I'm not going to be silent or make myself small so that you can feel ok. It’s not ok! And it can be fun! There’ is a swagger to enjoying power, and you can feel that in the verses of the track. The lyrics to ‘I See You’ ware inspired by the experience of me and my girlfriends. And also by the Me Too movement.”

From the dizzying heights of ‘Heaven’ to the crushing lows of ‘Fall Apart’, the stage for Pumarosa’s second album – ‘Devastatation’ – is set. It’s a record that explores transformation on a cellular level, with the sort of strident optimism and sonic experimentation that can perhaps only come after total annihilation. First came the chaos: on the week the band’s debut album, ‘The Witch’, was released, Isabel Muñoz-Newsome was diagnosed with cervical cancer, with the resulting surgery and recovery completely changing her relationship to her body (and how to write about it). Inner-band relationships also evolved following the departure of bassist Henry, which further energised Pumarosa to explore new spaces in their already-expansive sound. The band took the work to producer John Congleton in LA, whose production on the likes of St Vincent and Swans helped convince them he could bring these songs and life-changing experiences into existence.

What’s emerged is a powerfully uplifting album, confirming Pumarosa as one of the UK’s most inventive and fearless bands. Working through questions of mortality, sexuality and strength, ‘Devastation’ is an exhilarating and suitably-unpredictable affirmation of life.