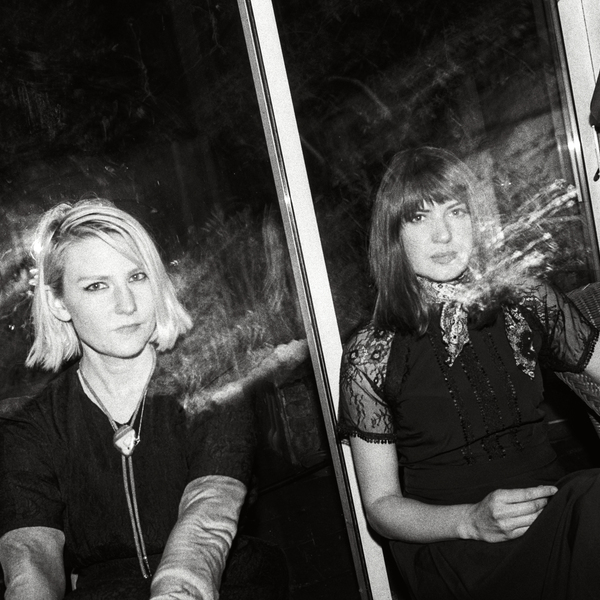 Pre-order the Single + Ticket and we will have your copy of the 7" and a wristband for gig entry waiting for you to collect on the door at The Social for this special live show.

Smoke Fairies are to release of a limited edition 7” picture disc on November 13th in conjunction with Rough Trade. A double A-side featuring the tracks ‘Out Of The Woods’ and new single ‘Disconnect’, the vinyl will be limited to just 300 copies with the quickest of buyers able to claim a free entry pass to an intimate Smoke Fairies show to be held at The Social in London on Thursday 13th November. It is the first picture disc the band has ever released and has been beautifully designed by Manchester-based illustrator Daren Newman.

The band recently announced that they will release their first album in four years on January 31st 2020. Jessica and Katherine travelled to Seattle to record “Darkness Brings The Wonders Home” and the tracks on the new 7” with producer Phil Ek (The Black Angels, Fleet Foxes, The Shins) and over the course of a rigorous month-long session in Seattle, adopted a purposely intimate approach to achieving a singular sonic tone.

As well as the live date at the Social in November Smoke Fairies have also announced a tour starting in Manchester on February 1st 2020. The band dropped new track “Out Of The Woods” in August and followed it with first single “Disconnect” out now. Both are captured on this beautiful 7” picture disc.