PRE-ORDER AN ALBUM + TICKET (ON CD OR LP) OR AN EXCLUSIVE 'BE UP A HELLO' T-SHIRT + TICKET TO GAIN ENTRY TO THIS SHOW. 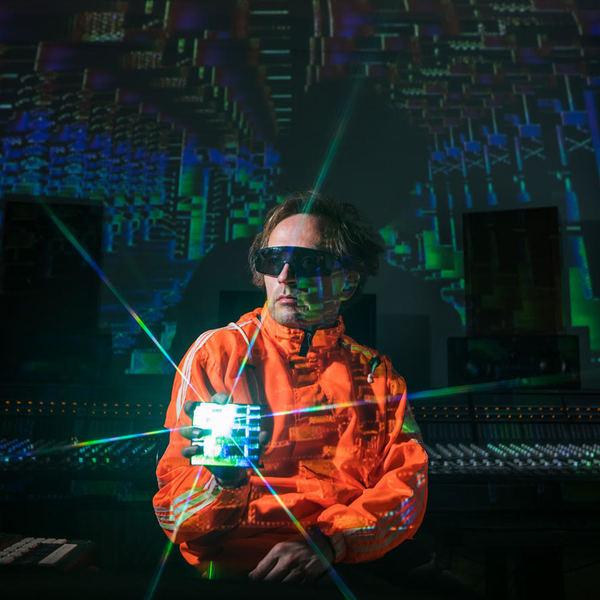 WARP and Rough Trade shops are proud and excited to present this very special Squarepusher 'Be Up A Hello' album launch party at Five Miles (N15 4QA) on Saturday 1st February 2020!....

Squarepusher will be bringing a unique and exclusive DJ set to Five Miles, packed full of rare, unreleased material and edits, launching the incredible new 'Be Up A Hello' album.

We are also very excited to welcome PLAID as our special guest DJ for this 'Be Up A Hello' album launch party!

PRE-ORDER AN ALBUM + TICKET (ON CD OR LP) OR AN EXCLUSIVE 'BE UP A HELLO' T-SHIRT + TICKET TO GAIN ENTRY TO THIS LIMITED CAPACITY FIVE MILES VENUE SHOW.

- Pre-ordered T-shirts, Tickets and Album + ticket Bundles can be collected from Rough Trade East from 10am on Friday 31st January until 4pm on Saturday 1st February.

- After this time, all T-shirts, Tickets and Album + ticket Bundles, must be collected from the Five Miles venue when doors open at 8pm on Saturday 1st February.

- We highly recommend and advise that fans get down early for doors and entry, for swift entry to the venue, to enjoy the whole night and to avoid any disappointment.

- This event is 18+. ID will be required on entry to the venue. Please make sure to bring a valid ID.

After a 5 year hiatus that has seen him delve into a range of diverse musical projects, Squarepusher will return with new album, Be Up A Hello. After exciting fans with his hour long mix of brain-melting breakbeat and jungle for Warp's 30th anniversary NTS takeover in June, expectation has been bubbling away for official new material. The album sees Tom Jenkinson getting back to using analogue hardware, the same equipment that first helped him develop his sound in the early '90's to craft nine new pieces which chart a journey into harder and darker territory. From rinsing breakbeat tracks such as Nervelevers and Terminal Slam to darker moments such as Vortrack and Mekrev Bass, the album illustrates Tom's continuing fascination with finely balanced psychological overload. As such, “Be Up A Hello” gives a nod to the mayhem, joyousness and abandon of the DIY Essex rave scene that was a strong determinant in Tom's work.

The innovative duo Ed Handley and Andy Turner have been expanding the realm of electronic music as Plaid since they diverged from trio The Black Dog in the early 90s. Plaid stand alongside the likes of Aphex Twin, Autechre and Nightmares on Wax as mainstays of the Warp label as it enters its 30th anniversary, celebrating achievements in music like few others. Their adventurous and playful approach has taken them to working with Björk and drawing comparisons to fellow collaborators Mark Bell, Arca, Haxan Cloak and more recent Releases by Skee Mask and Daniel Avery. They’ve worked with the London Sinfonietta, the Southbank Gamelan Players, composed for Felix’s Machines robotic sculptures, and soundtracked events as diverse as reindeer migration in northern Europe to a level in popular platformer Little Big Planet 3. In a live capacity their show straddles both a contemporary and club capacity, able to pack venues from Sydney Opera House and Southbank to Bloc and Berghain.