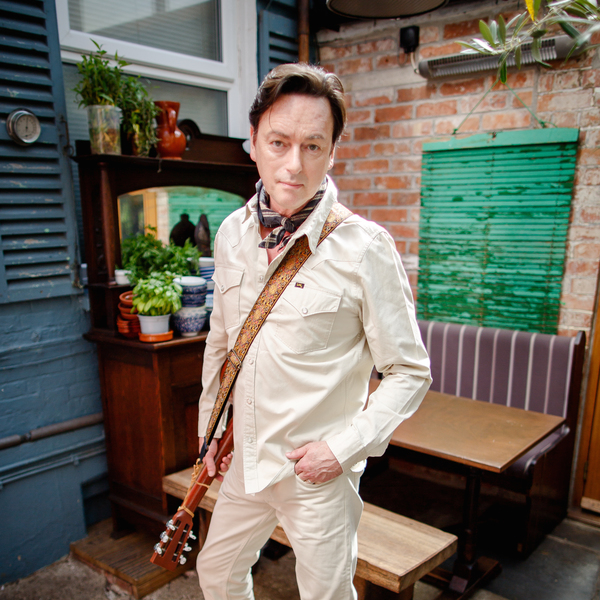 Stephen Duffy will be in-store at Rough Trade EAST for a special live acoustic performance, followed by an album signing.

The evening celebrates the 11th October release of 'Return To Us', the new album by The Lilac Time, the country folk band fronted by Stephen Duffy.

“Return To Us” is the new album by The Lilac Time, the country folk band fronted by Stephen Duffy. The collection is their tenth so far and Stephen’s twentieth long-player in a career that has spanned four decades.

Coming off the back of five-star rave reviews for the reissue of Stephen’s album I Love My Friends, Return To Us was recorded by the three-piece of Nick Duffy, Claire Duffy and Stephen who have been the core of The Lilac Time since 1999.

The nine-track album was recorded in Stephen and Claire’s home studio and covers topics as diverse as The D-Day Landings (March To The Docks), auditory processing disorder and the difficulties in recognising and interpreting sounds (King Kopetsky), Italian Neorealism (A River That Runs Both Ways), life before the Internet (The Simple Things), not getting dragged back to a fictitious golden age (Return To Us), a Christmas song of sorts (The Needles) and needing ‘reassurance because the world went stupid’ ((I’m) A Believer).

Stephen Duffy: “This our first release on a major label since 1990. After a calamitous time around the recently reissued I Love My Friends album I never considered it an option. But then after our last performance at Port Eliot in 2017, we were approached by BMG’s senior scout who suggested we send our new record to them after some time we did and here it is”.

To accompany the album Stephen will be performing ‘An Evening With’ tour of record stores featuring songs and stories from his entire career.

About Stephen Duffy & The Lilac Time

The return of those screaming liberals The Lilac Time with their 10th LP Return To Us, concerning themselves with poetry and not logic since 1986 they implore you to return.

Stephen Duffy was born at 55 Highfield Road Alum Rock. He went to Washwood Heath Comprehensive School and then to Birmingham Polytechnic where he started Duran Duran with John Taylor and Nick Rhodes. He left a year or so before they signed to EMI. A year or so after that he signed with WEA and released Kiss Me, a song written when he was 19. It wasn’t a hit however until Virgin released it in 1985 when he was 25 and tired of it.

Since then he’s made twenty albums, ten with his country folk band The Lilac Time, one with Nick Rhodes recording songs they first performed in 1979, which sold 800 copies and one with Robbie Williams that sold 8 million.

The Lilac Time released their first eponymous album in 1987 and are about to release their tenth Return To Us. Now it’s just three of them; Stephen’s brother Nick who has played on all the albums bar Astronauts and Claire Duffy ne Worrall who joined in 1999 and has played and sung on the five albums since then. Stephen and Claire married in 2009 and followed Nick down to live by the sea.