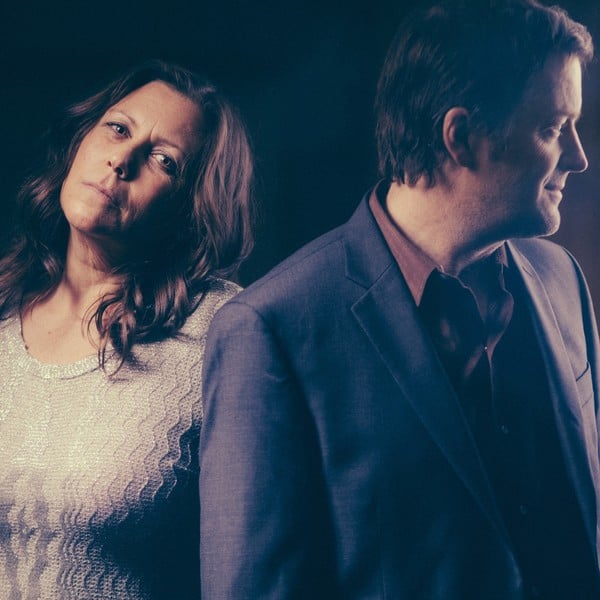 The Delines will be live in-store at Rough Trade East to perform tracks from their new album 'The Imperial', released 11th January on Decor.

Sometimes, fate’s just a damned cruel thing. But when it nearly capsizes the career of an acclaimed band in the blink of an eye, the band’s only prudent choice is to hang in there until the ship is ready to sail again. That’s what The Delines did while supporting the recovery of lead singer Amy Boone, who underwent three years of treatment and rehab after both her legs were severely broken when she was hit by a car in Austin, Texas. What sustained their spirit, according to guitarist and songwriter Willy Vlautin, was knowing they already had most of their sophomore album, The Imperial, in the can. Three years after their momentum was so rudely interrupted, the band will finally release The Imperial on January 11th 2019 via Décor Records, picking up where they left off following their stellar 2014 debut, Colfax.

Like that album, The Imperial features Damnations, TX co-founder Boone evoking a beat-up Dusty Springfield or a weary Rickie Lee Jones on 10 tracks penned by Vlautin, who is also lead singer/songwriter for Richmond Fontaine whom broke up in 2016 and an acclaimed novelist (two of his five books have become major films). Upon its release, Colfax earned the Delines plaudits from fans, critics and tastemakers like the Drive-by Truckers’ Patterson Hood, who picked them as 2014’s best new band in No Depression.

Uncut gave Colfax 9/10 feature review say “the richest collection of songs Vlautin has written.” Colfax wound up on a dozen yearend top-10 lists and snagged a couple of album-of-the-year accolades including Americana UK — a remarkable feat for a band that had never played live and had rehearsed for only a week before recording. By the time they began recording ‘The Imperial’ in Portland they had successfully toured Europe and Australia, including sold-out dates in the U.K. and Ireland. Unfortunately, Boone’s accident put a stop to everything. “We were all just devastated when Amy got hit,” Vlautin says. “I mean, she was just walking on a sidewalk in a parking lot, and the next thing you know …” The next thing was nine surgeries, painful skin grafts and learning to walk again (she now uses a cane).

Equally adept at sounding broken-hearted and optimistic, weary and resilient, Boone voice is grittier than Bobbie Gentry’s, more lonesome than Sammi Smith’s, and steeped in the soul-ballad tradition. It’s the voice Vlautin fell in love with when he first heard it during a tour Richmond Fontaine did with Damnations, TX.

Portland’s Freddy Trujillo signed on to play bass, Sean Oldham from Richmond Fontaine on drums and multi-instrumentalist Cory Gray on keys and trumpet to round off the cinematic, late-night country-soul sound.

To say they’re looking forward to sharing it with the world is a bit of an understatement. “It’s been a slow, hard recovery for Amy,” Vlautin notes. “It’s amazing how tough she is. It took us a long time, but The Imperial is finally done and the Delines get to be a band again.”