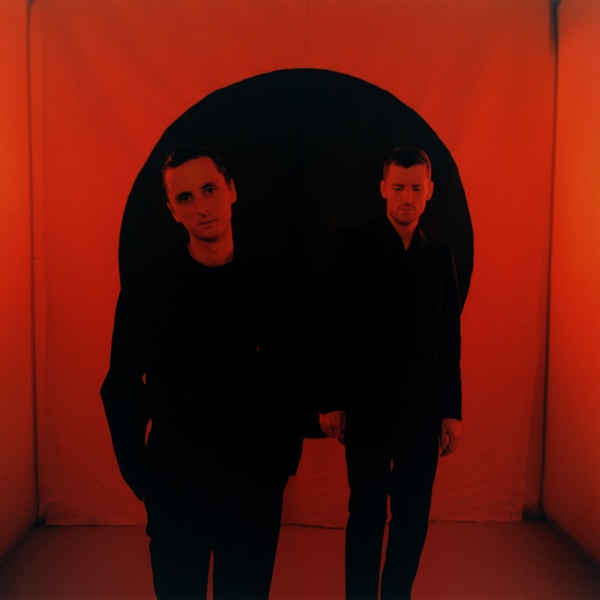 These New Puritans will be live in-store at Rough Trade East to perform tracks from their new album 'Inside The Rose', released 22nd March on Infectious.

These New Puritans are the great heretics of British music, fearless innovators with a maverick spirit.

It’s been a decade of sonic innovation since a teenage TNP released their debut album Beat Pyramid. In the years since, they’ve successfully blurred the distinctions between rock, classical, electronic, pop and experimental music, earning rave reviews and praise from artists as diverse as Björk, Massive Attack and Elton John along the way.

Their brutal and beautiful fourth studio album, Inside The Rose, however, is the Barnett brothers' most innovative yet. Recorded in Berlin, London, and Southend-on-Sea, and mixed in L.A, it’s unlike anything else you’ll hear this year – forty minutes of powerful melodies, lush strings and progressive electronics, packed with jaw-dropping sonic left turns.

Sitting in a scruffy Irish pub, Jack and George are as relaxed in each other’s company as only brothers can be. Friendly and self-deprecating, they’re the antithesis of the archetypal ‘experimental’ musician.

“That’s as much of a convention as anything else,” explains Jack. “It reminds me of spiritual mediums. The truth always just happens to lie with people who wear cheap suits and perform at the end of the pier. Musical truth just always happens to be found in people who are deeply serious, have beards and make lots of noise".

One of the big changes is the band’s reverting to a duo, just as it had been when they first started out.

“This album is much more primitive,” explains Jack. “We want to make our music as direct and as powerful as possible - straight to the nervous system.”

“We wanted this album to be about us working together on something really pure, positive and progressive,” adds George. “The melodies and Jack’s voice are much more important this time around.”

The brothers began playing music together at 7 or 8 years old – Jack writing songs on a massively over-sized guitar, and George hitting a pair of bongos from a charity shop with drum sticks. “We’d learn Captain Beefheart songs together,” says Jack. “And I would slow down Aphex Twin songs to analyse them, then create copies, to learn how to make those kinds of sounds.”

Together they began to create their own musical world. Realising that the only way of playing live in Southend was to form a band, they recruited school friend Tom Hein. The brothers’ dad was a builder; for their first London gigs they would ride up to London in his van, then in the same van go to work on building sites the next day.

2008’s debut Beat Pyramid, a circular work of fast rhythms, repetitive lyrics and fractured field recordings, stood out like a sore thumb amongst the conservative, guitar-based music of the period. The follow up, Hidden (2010) defied expectations, combining brutal Japanese Taiko drums, dancehall rhythms and austere woodwind (Jack taught himself musical notation to score the album's orchestral arrangements). After appearing on Björk’s Bastards remix album, TNP then released the cinematic Field of Reeds in 2013, followed by EXPANDED: Live at the Barbican (2014). Since then, Jack and George’s search for new sonic challenges saw them produce the musical score for the first authorised theatrical production of Aldous Huxley’s Brave New World.

Writing sessions for Inside The Rose began in Essex, and were completed in Berlin after Jack relocated there. Recording began in 2015 in London – drums were the starting point, produced by long-time collaborator Graham Sutton (Bark Psychosis / Boymerang) but the majority was done in Berlin in a former Soviet broadcasting studio in the city’s industrial suburbs.

“To get there each day, I’d cycle through a sea of broken glass with chemicals from the cement works blowing in my face,” says Jack of his daily commute. “It was so noisy around the studio, I started waking up at three in the afternoon to work once they’d finished, then working for eleven or twelve hours solid. I think it’s louder than the last album because everywhere I worked there was building work nearby, so we had to compete.”

From the opening seconds of Infinity Vibraphones, with its vocal refrain: ‘Let’s go back to the underworld/ Let’s go back inside” Inside the Rose’s sharp romanticism grips like a vice, drawing you into a nocturnal alternate reality where nothing is as it seems. “The songs are about beauty, transcendence, desire, oblivion, ecstasy, eyes and angels.”

From the brooding Anti-Gravity - think Depeche Mode circa Some Great Reward - to the industrial electronics of Into The Fire (featuring Current 93’s David Tibet) to the unalloyed operatic beauty of A-R-P, it pulsates with ideas and energy. The album’s adventurous spirit is summed up by a band phrase George would use as a touchstone throughout recording: “why dream backwards when you can dream forwards? If your biggest dream is to look like someone from the 70s, you’ve got to have something wrong with you.” “If that’s your deepest desire, that’s so unambitious. It’s a waste”, adds Jack.

Another highlight is the spine-tingling ballad Where The Trees Are On Fire. “I dreamt the melody and most of the lyrics,” explains Jack. I was almost superstitious about changing anything in it. To me, it sounds sort of like [Stephen Sondheim’s] ‘Send In the Clowns’ or something.”

Inside The Rose isn’t just TNP’s most affecting piece of music yet. It’s further proof that they operate in a different realm to most bands, making music with true fearlessness.

“I think it’s unambitious if all you’re wanting to do is reflect your age,” says Jack in conclusion.

“I want to go beyond myself and my time. That’s the art I like. Whether it’s Francis Bacon, William Blake or Andrei Tarkovsky. You fail, inevitably, but that’s the challenge.”