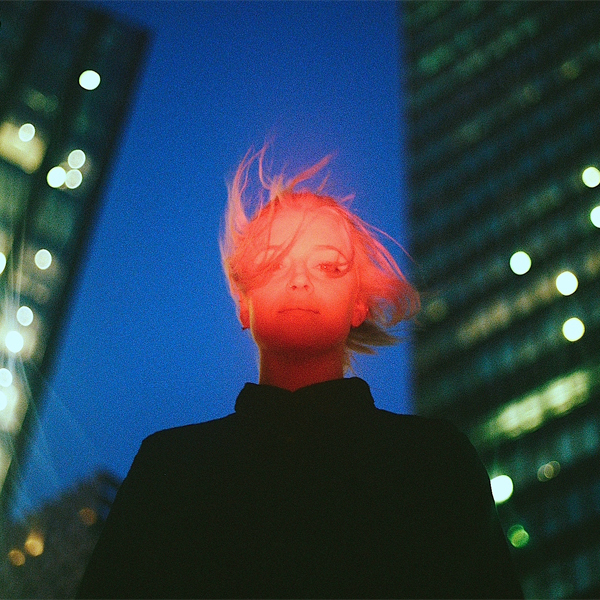 Tusks will be live in-store at Rough Trade EAST to perform tracks from new album 'Avalanche', released 14th June on One Little Indian.

It’s fitting that Avalanche, the new album from songwriter/producer Emily Underhill, is threaded with uplifting lyrics about knowing yourself and overcoming obstacles. After all, the road to this record was filled with adversity for the acclaimed Londoner, who creates atmospheric, arresting indie electronica under the name Tusks. In January 2018, she suffered a serious elbow break; “I was distraught, just so upset,” she recalls. “I had to prepare for the possibility I might not be able to play guitar or piano properly again.” 12 months and two operations later, though, comes Avalanche – an album that overspills with grit and glacial beauty.

Energised by her new freedom and return to playing guitar, nothing was off the table as she deployed a “fuck-it attitude” to challenges she might have previously shied away from. What emerged was an expansive, cinematic follow-up to her acclaimed debut album Dissolve, that adventures into new arenas both musically and lyrically. Avalanche addresses mental health and sexism, on songs that shiver with icy synths and reverberating guitars.

‘Peachy Keen’ is one such track. “It started as a sarcastic response to the MP Christopher Chope when he blocked the recent up-skirting bill in parliament, but quickly evolved into a song documenting the inherent sexism and patriarchy, which I and so many other people experience on a daily basis.”

Other tracks grapple with her own mental health struggles and offer an olive branch to others in similar positions. “I got diagnosed with ‘Pure O’ OCD two years ago. That disorder isn’t what most people think it is: I’m not obsessed with washing my hands or anything that’s stereotypically associated with OCD. Instead, I have an overwhelming feeling of responsibility and guilt around certain situations – for example, sometimes after driving I’d be totally paralysed with fear that I’d somehow not noticed hitting and killing a pedestrian or someone near my car. When you say it out loud you realise how ridiculous it sounds, but it’s a genuine thing a lot of people struggle with and not knowing that it’s just a misfiring thought in your brain and not true is terrifying. I hate talking publicly about personal things, but I thought it was important to talk about this”

With Avalanche, Underhill emerges from an incredibly difficult year with a new perspective. “It’s a far more positive and energetic record than Dissolve,” says the intriguing musician, “that title, Avalanche, just felt right, like naming a baby.” Collaborating again with producer Brett Cox, who’s worked with Marika Hackman, Jack Garratt, Frightened Rabbit, Alt-J and more, the album was written in just four months, as the songwriter dealt with the aftermath of a troublesome relationship.

On Dissolve, cathartic anthems like ‘Last’ and ‘Toronto’ (a track now with over 2m Spotify streams and counting) drew comparisons to Explosions In The Sky, Sigur Ros, Daughter and Cinematic Orchestra. This time there were a few other influences in the mix. “I got really into My Bloody Valentine, Foals, Marika Hackman, Wolf Alice and a lot of female-led grungy guitar music,” she says. Her inspirations for Avalanche weren’t solely musical, though: the desolate landscapes of Iceland played a big part in the album’s evolution, with photos taken by Emily from a trip there forming the LP artwork. “I love being in nature on my own so my time there was definitely special.”

The synth-layered ‘Salt’ and ‘Demon’ – an intense love song about craving “skin on skin” (“but under it all, you make me feel beautiful,” its chorus croons) – are giant thunderclaps of emotion, featuring crashing drums and lyrical vapour trails of stirring poetic imagery. “We recorded most of it in a studio in Crouch End, but we’ve been mixing it and doing the rest of it in a cupboard room in Brett’s house that’s so small I sit on the landing outside while he sits in it,” Underhill laughs. “Other bits were done in my bedroom at home. So it still feels quite DIY.”

Beloved by Lauren Laverne, Annie Mac, Wonderland, MixMag, The Line of Best Fit, DIY and many more, the musician has big plans for 2019 following Avalanche’s release.