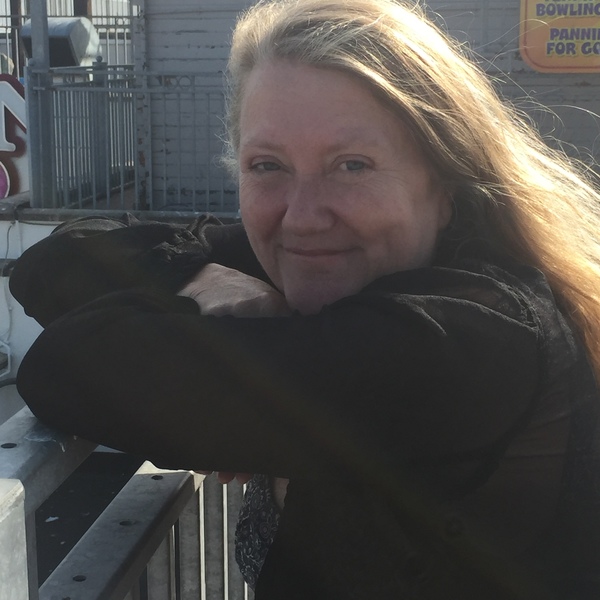 Join us at Rough Trade East for a very special evening with writer and poet Virginia Astley in conversation with poet Will Burns. Virginia will be discussing and reading from her latest book 'The English River', published by Bloodaxe books.

Order a copy of 'The English River' book HERE or purchase in store on the night of this event and get your copy signed by the author.

Virginia Astley established herself as a musician and songwriter throughout a productive career covering the 1980s onwards. From her many collaborations with a variety of notable musicians, through to her own solo career, she has managed to shape her own particular style.

Virginia grew up in her musical environment with her father, a composer, writing at home throughout her childhood. While studying at the Guildhall School of Music she began to develop her songwriting. Her first EP, A Bao A Qu was released in 1982. From Gardens Where We Feel Secure, co-produced with Russell Webb, and shaped by the countryside of her childhood, followed in 1983.

Her next album Hope in a Darkened Heart was produced by Ryuichi Sakamoto. This was followed by All Shall Be Well and Had I the Heavens. During the 1990s she also wrote a musical based on Thomas Hardy’s novel The Woodlanders.

Several other writing projects surfaced over the years, including a long poem based on a 24-hour walk and set to music, Maiden Newton Ecliptic. She also started publishing her poetry in magazines and winning prizes in competitions. Her pamphlet The Curative Harp won Ireland’s Fool for Poetry Chapbook Competition in 2015 and was published by Southword.
In 2017 Virginia was writer-in-residence at Thomas Hardy’s Cottage, his birthplace in Dorset. She continues to perform, together with her daughter Florence on harp, regularly at Max Gate – Thomas Hardy’s house in Dorchester.

She is currently working on Keeping the River, a narrative non-fiction book exploring the Thames and the lives of those who live and work on the river.

Her first book-length collection, The English River: a journey down the Thames in poems & photographs, was published by Bloodaxe in 2018.

Her music and songs are published by Warner Chappell.

Will was born in London and raised in Buckinghamshire. He didn’t finish his English degree, choosing instead to start an ill-fated band with his brother. He has worked in factories, cleaning windows, painting houses and the best record shop on earth. He likes sports and ornithology and is Poet-In-Residence at Caught By The River.

He was named as one of the 4 Faber & Faber New Poets for 2014 with his pamphlet in that series published in October 2014.