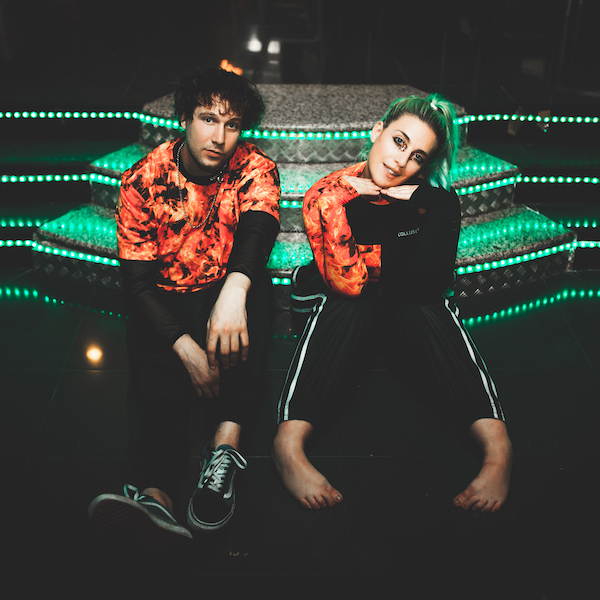 Glasgow’s Vukovi are about to release their second album, Fall Better, the successor to the band’s self-titled debut from 2017. The key difference between then and now is that in 2019 the group are even better than they were back then. Much better.

“What we learned from the first album was how to structure songs better,” says Hamish. “But from playing the songs live we really learned what works in concert. So, when it came to making Fall Better our main thought was, ‘Will these songs work live?’ And they will, every one of them. It’s our intention that we could play every song from this album live. That was the main goal that we tried to achieve.”

Many of the lyrics on Fall Better are informed by a condition with which Janine was diagnosed in the time that has elapsed between album number one and its successor. A form of Obsessive Compulsive Disorder, Thought Action Fusion is a disorder that can lead those who have it to believe that their actions are guided by an external presence; in Janine’s case, this presence took the form of a shadow “that makes decisions for me, and decides whether something good or bad is going to happen to me on any given day.”

“Right now, our fan base is small but it is dedicated,” says Hamish. “And it’s growing. Even when we put out the single [All That Candy] the interest in us got bigger. We played a show at the Underworld in Camden and we could see the connection we were making with people. When you’ve played a gig and a hundred people come up to you afterward, drenched in sweat, saying that what you do made them feel amazing, that’s the kind of thing we live for. That’s the kind of thing that we want.”

Vukovi have achieved their aim. Produced by Bruce Rintoul – in whose spare bedroom Janine recorded some of her vocals – Fall Better provides a master class in powerful, melodic songwriting penned to a rock beat from which every trace of fat has been removed. Set to pulsing rhythms that extend an invitation to the dance floor to all, songs like the soaring lead-off single All That Candy, the soulful Where Are You and the rhythmic and insistent Behave do their business at the intersection at which rock, pop and dance music meet to break bread and discuss all the things they have in common. And it works like a treat.