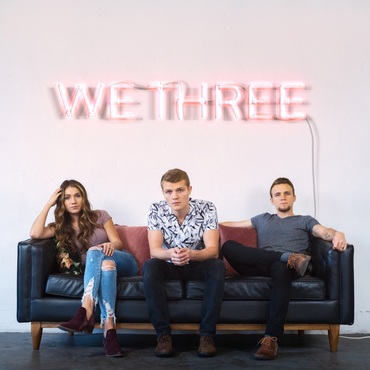 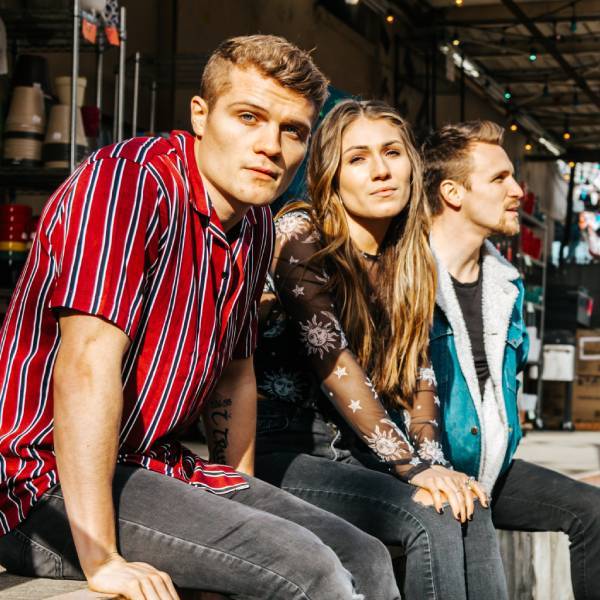 We Three will be live in-store at Rough Trade EAST to perform tracks from new self titled album.

Please note these times are subject to change.

Portland indie pop sibling trio We Three are causing a stir at home in the States, quickly racing to 50 million streams and selling out venues all over the country. Blending towering pop hooks with rich vocal harmonies and emotionally revealing lyrics, their exemplary musicianship saw Simon Cowell describe their live performances as sounding like a record.

Now We Three introduce themselves to the UK by sharing their EP We’re All Messed Up But It’s Okay. The self-written five-track collection mixes elements of pop, indie, rock, rap and country to create a wide-ranging, open-minded sound. The largely life-affirming sound contrasts with the darkness of the subject matter. It lives up to its title, as the band explore topics such as depression (‘Sara’), faltering relationships (‘You and I’) and how your perceptions of someone change from childhood to adulthood (‘Superman’).

The lead track ‘Machine’ opens the EP in style. Mixed by the Grammy-winning Ruadhri Cushnan (Ed Sheeran, Coldplay), its summery acoustic guitar and dynamic beats erupt into a powerful and immediately striking chorus. It’s accompanied by a video in which the band play three office workers who rise against the mundanity of corporate life – think a millennial-era update of ‘Office Space’.

“This song is about not becoming what someone else wants you to be,” says vocalist/guitarist Mannie Humlie. “Everybody on the planet has felt like that in some way, and it’s so cool to see a crowd of people shouting along to ‘I don’t wanna be a part of your machine.’”

While We Three sound like a supremely accomplished outfit for a relatively new band, it’s a strength that can be explained by their back story. The three siblings – completed by drummer and pianist Joshua Humlie– were raised in a musical environment. Their grandfather was a songwriter and musician, while their dad performed in a family band that the three youngsters would often play alongside.

As the years passed, the siblings mostly performed together – not only in the family band, but in jazz collectives and community groups too. By early adulthood they were all music teachers by day and in a band together by night.

The turning point came when they were invited to compete on America’s Got Talent. At their audition, they performed their song ‘Heaven’s Not Too Far’, which earned praise from Simon Cowell and reduced fellow judge and former Spice Girl Mel B to tears.

Their progress presented an opportunity to acknowledge their father’s huge role in making them the band they are today.

“After we were born, he still played music, but he was more focused on helping us,” recalls Joshua. “We didn’t just do lessons and practice at home, we actually got to go out and play with talented musicians.”

“He pushed us and gave us every opportunity you could imagine,” adds Mannie. “I hope that every time we accomplish something it continues to make him proud.”