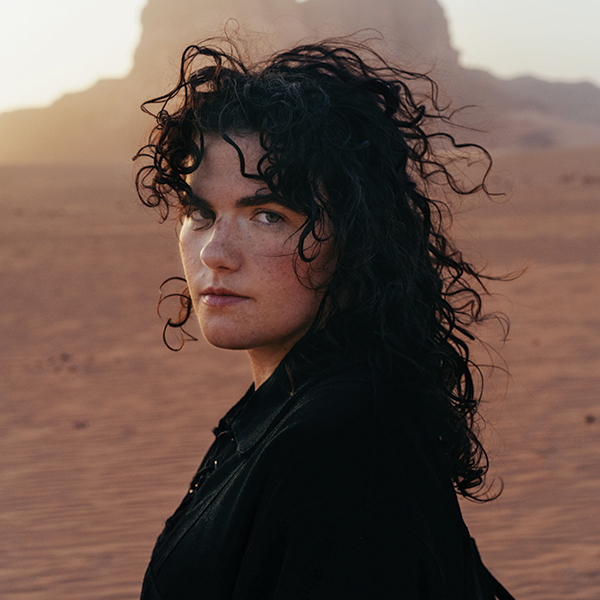 Georgia will be live in-store at Rough Trade NOTTINGHAM, celebrating the release of her new album 'Seeking Thrills', released 10th January via Domino.

Georgia is seeking a thrill. Her new album, Seeking Thrills, is a musically daring story of hedonism, self-discovery, and above all, the transcendental power of the dancefloor.

The North West Londoner has been on a long, dazzling journey since the release of her critically acclaimed debut album in 2015. Her first self-titled collection of percussive, punk-inflected pop songs was lauded by The Guardian, Vice, The FADER and others - but nobody predicted the about turn she would make when she returned with two rough-hewn diamonds of house music in 2019.

'Started Out', the first single Georgia released from Seeking Thrills, is an upbeat pop twist on Mr Fingers’ ‘Can You Feel It’, and as Georgia sings you can almost hear the smile: “We are wicked young fools who behave/Back in the arms of somebody who saved us”. Its release was shortly followed by 'About Work The Dancefloor', a synth-charged, Robyn-adjacent pop song with a delicious hook. Both were runaway hits: they hit Radio 1's A playlist, and propelled Georgia to headline shows across the globe, including dates in Europe, Latin America, the US, Australia, plus a goosebump-inducing one-woman-band set on Glastonbury's Park Stage. ("It was one of those Glastonbury moments," Georgia remembers, "like another level.") 'About Work The Dancefloor' has only continued to snowball, now boasting remixes from The Black Madonna, Krystal Klear, and Gabe Gurnsey.

The resulting record is heavily inspired by Chicago House and Detroit Techno of the early 80s. Seeking Thrills fuses analogue club sounds with solid pop songwriting, and showcases Georgia's lifelong love affair with the drums. As a session drummer, making her name playing and collaborating with Micachu, Kwes, and Kate Tempest, she used her technical knowledge to replicate set-ups from 80s house and techno. She enlisted the expertise of LA engineer Sean Oakley for additional programming and production, while she worked together with Mark Ralph (Years & Years, AlunaGeorge) on mixing and producing.

Seeking Thrills is underpinned with sense of melancholy and vulnerability, and a real sense of power, as it documents Georgia's emergence from a tough period of life. After the release of her debut, she says, "I was going through quite a heavy period with drinking and, other sorts of substance abuse. My friends sort of gave me an intervention. I always thought, when I'm drinking, I'm just a fun person. But actually, deep down, I was in a bad way." As she got sober, went vegan, quit smoking, and began writing the new album, Georgia realised the joy of going to clubs around the world without drinking a drop: that dancefloors could be places to heal, rather than just forget. "I was having real experiences. It was an amazing thing. It's like rock and roll - you will never be able to take away the dancefloor from people. If you’re on a really good dancefloor with a really good DJ, you can be whoever you want to be”.