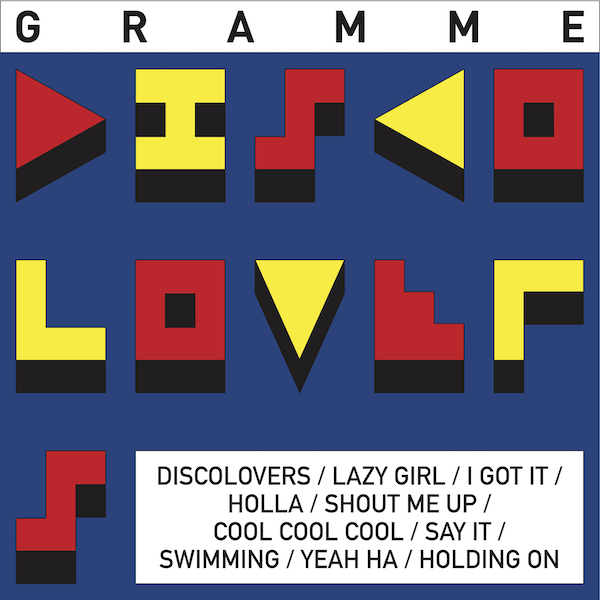 Post Punk Pioneers GRAMME will release their long awaited second album. Working closely with the team at Love Vinyl the band are set to release on vinyl via specialist targeted stores following up with a digital assault in early September 2019. Cited and favourite by the likes of LCD Sounds System, ACR and Hot Chip this eagerly awaited ‘Disco Lovers’ is set to establish the band where many believe they should have been for years. Gramme signed to Trevor Jacksons OUTPUT label in the mid 1990;s and quickly recorded their first E.P ‘Pre-Release.

Produced by Trevor Jackson. Pre-Release didn't see the light of day until the summer of 1999 by which point the band had signed an exclusive deal with Junior Boys Own and were being managed by legendary dance DJ David Dorrell (M.A.R.R.S). After many fraught months trying and failing to finish the record the band parted ways with the label eventually disbanding. In 2007 Gramme reformed buoyed up by new interest in the band particularly Joe Goddard’s Tweet Gramme - “when they get together they sound amazing”. Positivity and belief in the band continued to grow with further accolades from James Murphy citing the band as one of his formative influences for LCD Sound system.