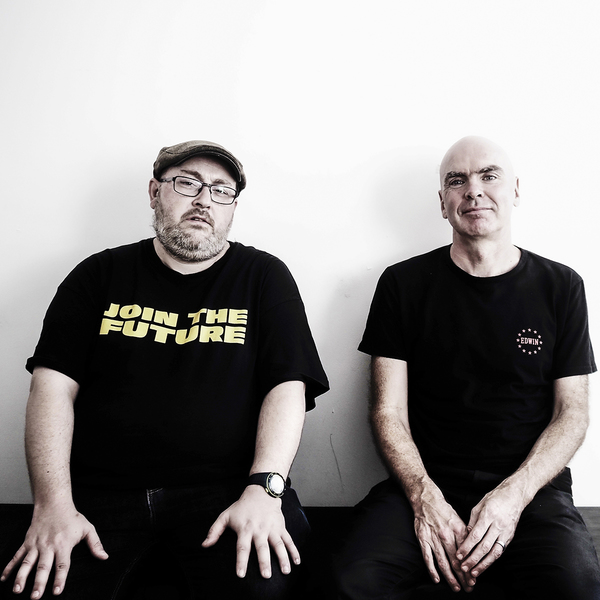 Matt Anniss and Colin Steven will be in-store and in-conversation at Rough Trade NOTTINGHAM, discussing new book 'Join The Future: Bleep Techno and the Birth of British Bass Music'.

The book is published 29th November via Velocity Press, but we will have advance copies at Rough Trade Nottingham for this event.

This event is FREE ENTRY, with the option to pre-order an book + ticket, and we will have your guaranteed book ready and waiting to collect on the day of this in-store.

*All stage times are subject to change.

Join The Future: Bleep Techno & the Birth of British Bass Music is the first book from Velocity Press, a new publisher specialising in electronic music and club culture non-fiction. The book is the previously untold story of British dance music’s first sub-bass revolution, tracing the origins, development, impact and influence of bleep techno. Author Matt Anniss will be talking to Velocity Press owner Colin Steven about bleep’s legacy and analysing key tracks to help demonstrate aspects of the sound, style and story.

Matt Anniss is a journalist and author specialising in electronic music, DJing and club culture. He began his career on internet magazines in the late 1990s before joining the staff of IDJ Magazine as Music Editor in 2000, later becoming Editor. Since leaving the magazine in 2008 he’s become a regular contributor to Resident Advisor, Red Bull Music Academy Daily and DJ Magazine, specializing in historic aspects of dance music culture.

Colin Steven started out as clubs editor for The List magazine in Glasgow in 1988 just as acid house was exploding. In his time he’s been a freelance writer, club promoter and record label manager but he’s best known for editing and publishing award-winning magazine Knowledge from 1994 to 2014. His first foray into book publishing came in 2004 when he published Brian Belle-Fortune's seminal drum & bass book All Crews.