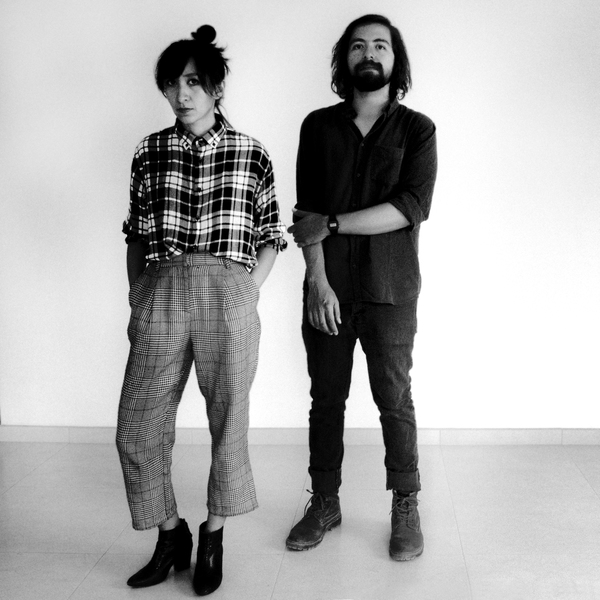 This in-store is FREE ENTRY, with the option to pre-order your album/ wristband, which we will then have ready and waiting for you to collect on the day to get signed by the band.

Mexican duo Lorelle Meets The Obsolete release their new album De Facto on January 11, 2019. The album, their fifth, was recorded at their home studio in Ensenada, Baja California, mixed by Cooper Crain (of Cave and Bitchin Bajas) and mastered by Mikey Young (of Eddy Current Suppression Ring and Total Control). It will be available in the UK and Europe via Sonic Cathedral and everywhere else in the world through the duo’s brand new Registros El Derrumbe imprint.

It’s easily their best and most coherent album to date, and also the one that fully explores the outer limits of their sound.

“There was a conscious desire to push further with what we were doing,” says The Obsolete, aka Alberto González. “One of our rules for this album was to go all in without middle grounds in terms of what we wanted the songs to be. We were committed to developing ideas that made our heads go ‘POW!’ from the beginning.”

The end result is somewhere between the brave experimentation of the new Low album, Double Negative, and Tender Buttons-era Broadcast put through a heavy psych filter. There are pure pop songs that come across like lost ’60s nuggets (‘Linéas En Hojas’), blistering white noise jams (‘Unificado’) and meditative incantations (‘La Maga’) – all of which will, indeed, make heads go ‘POW!’.

The album isn’t just a progression from 2016’s acclaimed Balance, it’s a new start which sees Lorelle Meets The Obsolete ripping up their own rulebook and building everything up from scratch. When they returned to Ensenada after touring Balance in 2017, they built a new recording space with their roommate and touring synth player, José Orozco. As a result, a lot of the songs were initially conceived without guitars. “There’s nothing unusual about this, but for us it was all new territory working this way,” explains Alberto. “Having a new palette of musical equipment gave us the chance

to develop the songs in a different way, so songs were constructed around drumbeats and synth lines – most of the guitars only came at the end.”

Later in 2017, Lorelle, aka Lorena Quintanilla, released a solo album (Silente) under the name J. Zunz. “Releasing that album helped us to work better as a duo because it took a bunch of songs out of the band equation,” explains Lorena. “When we start working on a new album we normally go through the ideas and songs we have accumulated individually, so by that time most of them are old. For De Facto there were no old songs – we
only had our instruments and ourselves. This pushed us to be completely committed to the moment and to start fresh like we were a new band.”

Band is the operative word, because when it came to recording, instead of playing all of the instruments themselves, this time the duo were joined in the studio by their touring band and recorded in one room as a five-piece with Fernando Nuti (bass), Andrea Davi (drums) and José Orozco (synths).

“It just made perfect sense to record with them,” says Alberto. “They are wonderful musicians, but also very positive human beings and we just wanted to bring that good energy into the album. At one point it felt like a remote possibility as Andrea and Fernando live in Italy and they are busy touring with their own bands [they play in Mamuthones and The New Candys respectively] but the pieces lined up perfectly for them to come over to Ensenada. The sessions were very laid back and we would work each day from noon until six or seven in the evening. Things flowed nicely and they brought a lot to the table.”

It’s also the first of the band’s albums to be entirely sung in Spanish, something which reflects the overriding lyrical mood of the record, which seems to be internalising a mixture of political and personal turmoil.

“I wasn’t feeling comfortable writing in English at that moment,” explains Lorena. “Singing in Spanish was somehow a relief and a warm place to be. In my language I have more room to be playful with words, meanings and sounds. Each song reflects different moods, some of them are desperate wishes, worn out complaints or old memories.”

Alberto adds: “There’s the ongoing US/Mexico issue, of course, but also the last two years have been critical for Mexican internal politics. The debate has been passionate, extremely polarising and a lot of hidden social issues emerged up to the surface. All this tension was certainly in the back of our heads, but in the end it’s hard to pinpoint the exact mood of the album because we also went through meaningful changes in our personal lives.”

The album ends on a much more peaceful note with a sample of the sea, something which has played a major role in Alberto and Lorena’s lives since they moved to Ensenada at the start of 2013. “It’s our confidant and soothes our body and mind,” says Alberto of their relationship with the water. “We are so drawn to its musicality and visual repetition that it’s been a constant reference in our creative output over the last few years. There are samples of the sea on the album but there are also synth lines, percussion rhythms and guitar sounds where we are just trying to mimic its importance in our lives.”

In more ways than one, De Facto is a real sea change; Lorelle Meets The Obsolete are back and they’re better than ever.