THIS EVENT IS NOW COMPLETELY SOLD-OUT! NO MORE ALBUM BUNDLES AND TICKETS WILL BE MADE AVAILABLE. 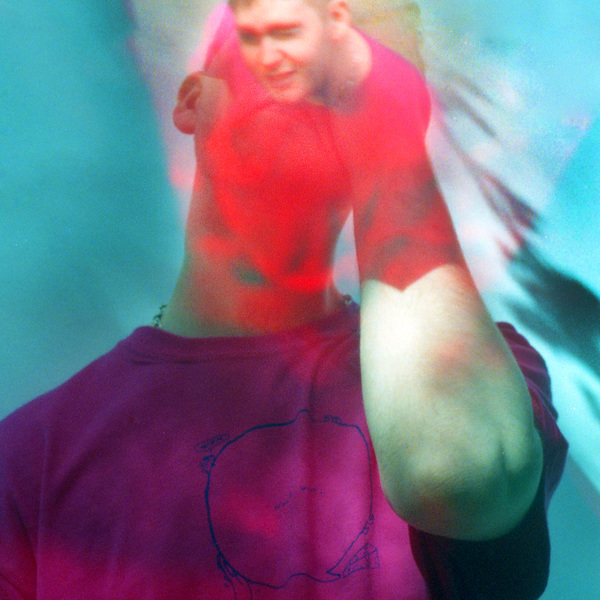 Rough Trade NOTTINGHAM are very excited to present this MURA MASA album-launch show, with a live performance at the METRONOME venue in NOTTINGHAM (NG1 1AP) on Friday 17th January 2020.

- Tickets and Album + ticket Bundles can be collected from the Rough Trade Nottingham store from 10am until 6pm on Friday 17th January 2020, or from the Metronome venue from 7pm when doors open for the show.

- Doors open at Metronome at 7pm, and the on-stage time is approximately 9pm. But we highly recommend and advise that fans get down early for 7pm, for swift entry to the venue and to avoid any disappointment.

“Brilliantly clever…bubbling with energy and ideas”

"Fresh and immediate...pure quality, from start to finish"

“As forward-thinking and futuristic as they come”

“A dizzying exploration of musical subcultures…this is what pop should be: diverse, interesting and surprising”

Mura Masa has today announced details of his much-anticipated second album, ‘R.Y.C’ (Raw Youth Collage), which will be released on January 17th. Introduced by latest single ‘I Don’t Think I Can Do This Again’ (with Clairo), the record is further previewed today by anthemic new track ‘No Hope Generation’, which is available immediately when pre-ordering the album. The full tracklist for ‘R.Y.C’ (Raw Youth Collage) is detailed below, with additional guests including slowthai, Tirzah, Georgia, Ellie Rowsell from Wolf Alice (and Alex himself stepping out as lead-vocalist).

Fresh from headlining Manchester’s Warehouse Project, Reading & Leeds festival, and upfront of next week’s Pitchfork Paris, Mura Masa has also confirmed details of a huge global headline tour for 2020 – including a massive London date at Alexandra Palace on February 20th. Pre-sale for these shows is open now, with general sale beginning on November 1st.

“What am I to do? I’m walking backwards through my head again,” Alex sings on ‘No Hope Generation’ – a moment that’s as true to the sound as the spirit of the second Mura Masa second album at large. Because what do you do when you’ve won a Grammy, been shortlisted for an Ivor Novello, appeared on Forbes’ 30 under 30, and shifted more than half a million units of your debut album by the time you’re 23? And how do you reconcile all this with being a member of the self-described ‘No Hope Generation’? If you’re Mura Masa, you stop and look back; piecing together just how you got to where you stand today, and strive to learn something of the messy world we live in in the process, too.

What’s emerged is ‘R.Y.C’ (or ‘Raw Youth Collage’) - an ambitious and exciting left-turn from an artist and producer whose ability to always surprise is matched only by his remarkably consistent, singular vision. Breathing new life into - amongst other things – New Wave, Emo, Folk and 90s Rave – tracks like ‘No Hope Generation’ reinvent Mura Masa's sound whilst also paying tribute to the alternative roots which shaped him when he first became a genuine musical outsider, growing up in the remote island of Guernsey. And it’s this fondness for the music of adolescence – reworked in thoroughly modern, bedroom-pop fashion – that became an analogue for the theme of the album as a whole…

Spiritually, ‘R.Y.C’ (Raw Youth Collage) addresses a generational addiction to nostalgia, and its uses (and limits) as means of coping with the difficulties of the present. Influenced by ideas around Hauntology, it explores the irony that in times of increased urbanisation and digitisation, somehow it’s never been easier to feel lonely. For Mura Masa, it’s only once we accept nostalgia as a permanent fixture – a fact seemingly embodied by the cyclical phases in which different subcultures, political movements, fashion trends, even musical genres wax and wane – that we can start to learn from it. Why do we keep going back? How reliable is memory? And if your youth – and its assorted musical scenes – will always appear rose-tinted in the rear-view, then perhaps your present is there for the taking, after all.

Despite the odds, Mura Masa's endless desire to learn and push himself further has led to where he finds himself on ‘R.Y.C' (Raw Youth Collage): an artist able to channel those highs and lows of youth culture, and use it to expand what pop music should sound like today. It’s an album that strikes on the zeitgeist of his generation precisely by understanding the road that took us to this point. Even when interrogating the past, Mura Masa sounds like the future.