Rats with The Assist, The Ruffs & Louis Croft 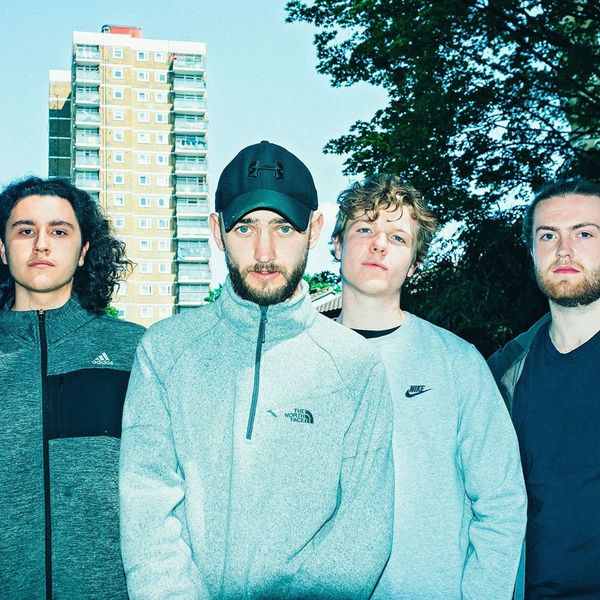 “CLASSIC INDIE GUITAR LINES, SOARING VOCALS AND MASSIVE PERSONALITY” - RADIO X
“HEARTFELT, INFECTIOUS AND WITH KILLER MELODIES” - GIGSLUTZ
The best bands in the world have both an intrinsic bond that binds them together, and a natural flair that instantly wins over hearts and minds. That’s exactly what you have in RATS – an unlikely supergroup with each of the band members hailing from successful bands across the North.

A blast of direct and anthemic indie that’s as infectious as it is heartfelt, the sound of RATS has already seen them burst out of their native hometown Liverpool, with their sizeable ambition lining up the rest of the world in their sights.

The full breadth and power of RATS becomes even more evident when on stage, where they’ve been hailed by fans and critics alike for sounding record-perfect in the live arena, but with a spine-tingling and raw delivery.

Formed between Walsall & Birmingham in 2014, The Assist quickly made themselves a staple of the Birmingham music scene, selling out shows at some of the city’s biggest and most iconic venues such as the O2 Academy and the O2 Institute.

The four-piece have performed at a range of well-known festivals including Leeds & Reading, Isle of Wight, TRNSMT, YNot, Kendal Calling and even a special in store performance for Dr Martens at Live at Leeds. They even had an appearance on Sky’s Soccer AM and have been backed by the likes of Steve Lamacq and Tom Robinson of BBC Radio 6.

With a sold out national O2 Academy winter tour with The Twang & JAWS fresh under their belts, The Assist charge into 2019 with a colourful new EP entitled LOST, which recently charted in the
Top 10 of iTunes Indie/Alt Charts and on Spotify’s Top 50 most streamed tracks in the UK. Expect to hear them later this summer on E4’s Made in Chelsea and Tattoo Fixers.

2019 definitely looks to be the year of The Assist.

The Ruffs are alive when they are live. Their reputation for their live show cases is spreading further and faster than ever before. Gaining a strong following within their home town of Nottingham, other music hot spots such as Manchester and London are discovering this fresh sounding and highly capable Midlands 3 piece and holding on to them for dear life! Check out their debut EP ‘New Obsessions’ now on iTunes, Spotify, Amazon Music and all other online music stores..

Louis Croft is a singer songwriter from Nottingham who has been compared to Donovan, Bob Dylan and another Nottingham hero Jake Bugg, His songs have been played regularly by BBC INTRODUCING for the past couple of years.