Things I Chose To Remember 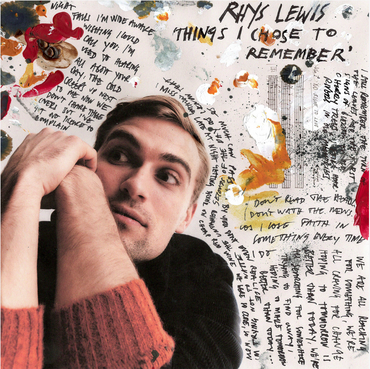 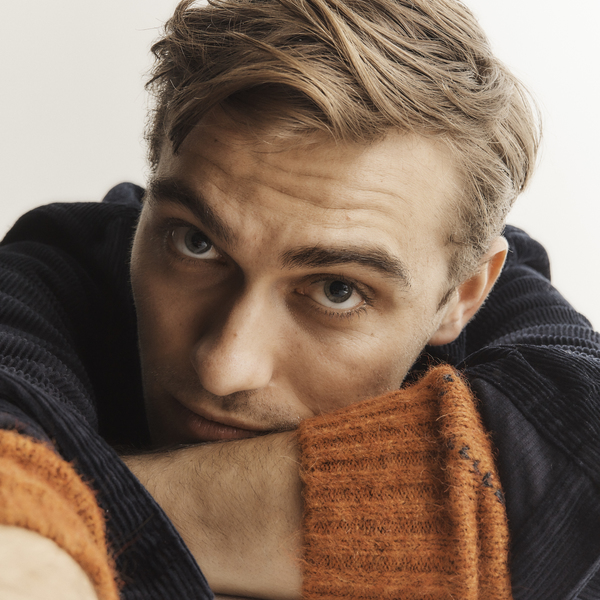 *please note - all stage times are subject to change.

In an intimate sanctuary of sound, Rhys Lewis found a new home. While his poignant songwriting has racked up legions of loyal fans — and close to 300 million plays to date — the Oxfordshire-born artist has pushed his creativity to unforeseen new heights for his bewitching debut album Things I Chose To Remember (due April 24, Decca).

“It’s very cosy and warm,” he says of his studio, an audiophile haven in Peckham which teems with rare synths and broken-in guitars and is just down the road from where artists like Jamie Isaac and King Krule create their own scuffed-up, soulful music. “It feels like a workshop,” Lewis says. “I've always thought about my music as a sort of craft, a physical thing a bit like carpentry. I want it to feel like a really well made kitchen table: it’s got quality to it and it is solid, but it doesn't feel factory-made.”

Lewis's superpower is to distil universal-feeling moments into his music with highly personal precision. Take the album’s remarkable first single “When Was The Last Time?” which puts a unique twist on a break-up narrative by zeroing in on the excruciating period just before a couple’s tensions come to a head. “You know, when she’s leaving kisses off her texts or not saying goodnight when she goes to bed,” he says. “Slowly you start to put those things together, and evidence arrives of a fatal prognosis.” A stunning video directed by Mike Baldwin (Anna Calvi, Frank Turner) brings those themes to life, in a moving snapshot of four couples’ anguish. “It feels more cinematic [than my previous videos],” Lewis notes. “More of a statement.”

Opening with Lewis's unadorned voice and crystalline piano chords, “When Was The Last Time?” slowly morphs into a textural palimpsest of subtle, creeping sounds. To create the effects, Lewis used his own body as a flesh-and-blood orchestra. “The percussive sounds — that’s me hitting my chest,” he says, pausing to tap out a rhythm on his sweater with an open palm. “It’s this very internal feeling, so we wanted it to be close. And there’s these [rustling] sounds, and it’s me rubbing my jumper.” The song is executed with such perceptive finesse that listeners may feel as if Lewis had been reading their group chats.

After spending three years honing his craft at the prestigious London Centre Of Contemporary Music, Lewis signed to Decca in 2016. “I'd never really been an artist before!” he says, smiling at his youthful naivety. “I came to London to study music and songwriting, because I wanted to be a songwriter for other people. So the idea of being an artist was a little bit crazy. I kind of fell into it.”

Lewis had inked the label deal on the back of a promising collection of retro-soul demos, and initially set about fleshing them out into a full-fledged album. He spent six months travelling back and forth to the Isle of Wight to work with sibling production duo Boe Weaver. “I recorded an album that was very much in a soulful, jazzy vein, but I stepped away from it as I felt like it wasn't who I am.”

Decca gave Rhys the space to scrap the album and start again — an uncharacteristic luxury in the music world of today, which can often feel driven by instant gratification. The only song to survive the Marie Kondo-ing was the heart-wrenching breakup track, “No Right To Love You” which - incidentally - was the song Decca signed Rhys on the back of.

Rhys ended a romantic relationship that wasn’t working. “I did the right thing,” he says, “but I felt a lot of guilt for that.” He then started working with Aidan Glover, the keyboardist and producer he shares a studio with today. These events were the necessary reset from which Lewis re-emerged fully reinvigorated. “Meeting Aidan was a really key moment in the inception of the record,” he says. “We wrote a few songs and I was really excited about it, and then he asked if I wanted to move into the studio with him and share the space. It was a fresh start – and everything started to fall into place.”

Things I Chose To Remember is a testament to an artist’s unleashed creativity, and stands as Lewis's most inventive and exploratory music to date. He treats his studio time in Peckham like a 9 to 5, and you get the impression that being tangled up in electrical leads and obscure vintage instruments is Lewis's happy place. He talks about the synths he uses like animal lovers talk about their pets. “I love their nuances,” he says. “They almost became characters — the Juno 106 is warm and fuzz; the Moog is dark and mysterious.”

The latter instrument — it’s actually a Minimoog Model D, synth heads — adds a looming “apocalyptic” feeling to the album’s soaring closer “What Wild Things Were," a vivid eco-conscious elergy to our burning planet which imagines mass animal extinctions, and was inspired by the American journalist David Wallace-Wells’s book-length imagining of the dire effects of climate change, The Uninhabitable Earth. (Lewis himself recently turned vegetarian). “It's a song set in the future about how we didn't solve the problem,” Lewis says. “Like, how will I tell my daughter that she's never gonna see these wild things? She's never gonna know what the world was like before we fucked it up.”

Yet there is a delicate beauty to “What Wild Things Were," too, with a twinkling Philip Glass-esque piano line that blooms like snowdrops growing from scorched earth. Lewis is a fundamental optimist, as evidenced by his heartbreaking 2019 ballad “Better than Today,” an impassioned plea for us to find common ground in a world that often feels politically cleaved down the middle. “We're all reaching for something / We're all craving change,” he sings, his voice cracking with emotion. “Hoping tomorrow is better than today.”

“I was deeply saddened by the Trump and Brexit chapter in politics,” he goes on. “It showed how disenfranchised everyone felt, and also how misunderstood we feel not just with politics, but with each other.”

Lewis spent three months on the road last year including a month in the U.S. supporting rising pop phenomenon Julia Michaels — and the epiphanies he experienced were creative as well as political. “It definitely changed me as a live performer,” he says. “I'd never done that many shows before, and I took a lot away from it.” Lewis's most surprising realisation? That his biggest enemy was himself. “My anxiety only ever gets in the way, so worrying about being perfect every night is not conducive to a good performance. I've learned to focus more on the energy of a show as opposed to its technicality.”

That desire to be present is at the root of Things I Chose To Remember’s emotional heft. Lewis recorded the album on analogue tape, a rare and expensive process that’s barely been used since the early ‘80s. It comes with both limitations and joys. For instance, it’s common to have over 100 individual tracks in a contemporary pop song. Yet with his 24-track tape machine Lewis limited himself to just two-dozen. “Everything had to earn its place,” he says. “We worked the songs and the productions much harder, and I think we questioned things much more because of it.”

“Music's become attached to a digital workspace where it's perfect,” he says. “But perfect isn’t right.” He mentions Auto-Tune, once a pitch-shifting technology used to correct minor vocal errors, but which has now become a crutch for ropey singers. “It’s no longer [used to] correct an amazing performance,” Lewis says. “It's making an amazing performance from something that isn't. It dehumanises music.”

“When you're working to tape, there are days where we wouldn't even look at a screen. And we wouldn't have that visual cue to know if what we were doing was, for want of a better word, perfect” — he says the word with a slight eye-roll. “By taking that away, you lose the feeling like everything has to be ‘perfect.’” Learning to see the beauty in imperfections, Lewis's songs gleam like a rough-cut gem — and some of those so-called “mistakes” have become some of his favourite moments on the album.

The factory-assembled quality possessed by some Top 40 fare is light years away from the deeply-felt, versatile musicality displayed on Things I Chose To Remember. “Under The Sun” is a bright guitar-pop gem which begs for mass-singalongs at a summer festival, and “What If” is a soaring mea culpa in which Lewis's singing voice goes full-belt against swelling strings. Meanwhile, the gospel-inspired drama of “Lonely Place” is heralded by the rhapsodic sound of a full choir… or is it? “That's my voice!”

Lewis says, smiling. “We filtered and effected [the vocal recordings].”Lewis's fierce self-belief is apparent, so it’s a surprise to hear that the creative high of Things I Chose To Remember’s recording came after a particularly low period brought on by the split from his former girlfriend. “For six months I looked at my life,” he says, as a misty note of reflection enters his voice. “My relationships with my friends and parents were breaking down. I basically had no one around me because all I’d done for two years was push my career, and work until I didn’t enjoy any of it.”

Since then he’s turned a corner and his personal life has flourished. Most days now, Lewis will get up before dawn and walk an hour to play tennis in Highgate’s serene Waterlow Park, before sitting down for breakfast at a tucked-away nearby cafe with just a good paperback for company. (His phone gets left at home.) A recent favourite was philosopher Bertrand Russell's 1930 lifestyle manifesto The Conquest of Happiness, which inspired the carpe diem message of Lewis’ uplifting 2019 single “Hold On To Happiness.”

In the evening he’ll cook with produce from his local greengrocer, putting his years of chef experience to good use. Meanwhile, weekends are set aside for pub lunches with mates, with few worries aside from how Lewis’ favourite football team, Tottenham Hotspur, are doing in the Champions League. “Having a weekend feels quite novel!” he says brightly. “Music has to be in my life, but it can't be the only thing. And without balance, I'm not gonna enjoy any of it.” That’s good news for music fans everywhere. Rhys Lewis needs to keep himself in good nick, because he and his singular music deserve to be around for a very long time.