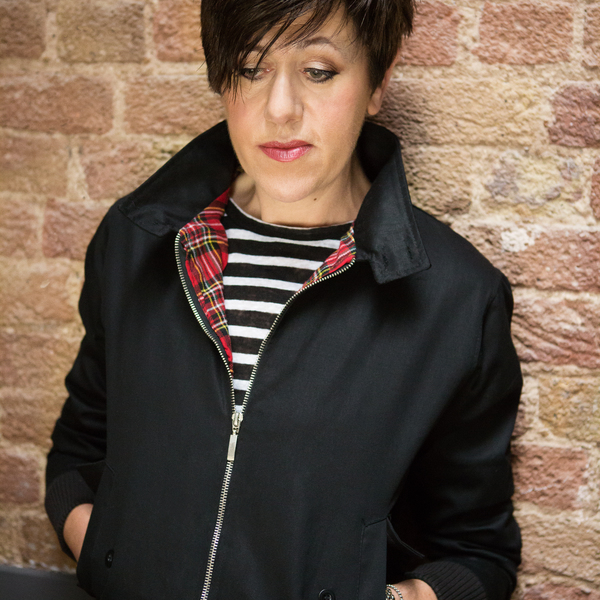 Tracey Thorn will be in-store and in conversation at Rough Trade Nottingham to discuss and sign copies of her book 'Another Planet: A Teenager in Suburbia', published by Canongate on 2nd February 2019.

‘I’m not the only person to have grown up stifled and bored in suburbia, it’s almost the law. The diary entries, this monotonous litany of having nothing to do, are a relentless howl of frustrated energy. Brookmans Park was stultifying, frozen-in-time. In the world at large, things changed a lot during the 1960s and 70s, but in the heart of the Green Belt nothing seemed to move. Stranded in the past, it wrestled with the present, and hated the future. And there I was, stuck with it.’

In a 1970s commuter town, Tracey Thorn’s teenage life was forged from what failed to happen. Her diaries were packed with entries about not buying things, not going to the disco, the school coach not arriving.

Before she was a bestselling musician and writer, Tracey Thorn was a typical teenager: bored and cynical, despairing of her aspirational parents. Her only comfort came from house parties, Meaningful Conversations, and the female pop icons who hinted at a new kind of living.

Returning more than three decades later to Brookmans Park, scene of her childhood, Thorn takes us beyond the bus shelters and pub car parks, the utopian cul-de-sacs, the train to Potters Bar and the weekly discos, to the parents who wanted so much for their children, the children who wanted none of it. With her trademark wit and insight, Thorn reconsiders the greenbelt post-war dream so many artists have mocked, and so many artists have come from.

‘What a wise and funny book. Nostalgic but unsentimental, Thorn beautifully captures the aspirations, ennui and angst of suburban teenage life. I loved it’

‘ANOTHER PLANET is about being a teenager in suburbia in the 1970s, and revisiting one’s own youth from middle age. It touches on class, culture, music, plum jam and parenting teens. It’s wonderful. You’ll read it in one go’

‘Utter genius . . . It’s wise and funny and moving and smart, but more than all of those things, the writing is just breath-taking’

‘I loved it. Thorn is the rarest of things: a singer whose phrasing is as good on the page as it is through a microphone’

'The planet in question is one that so many of us were beamed down from but, oddly, it remains a rarely described place - Tracey Thorn redresses that here in a memoir that is written with great humour and skill, and with a poignancy that deepens as the pages turn.'

Tracey Thorn is a singer-songwriter and writer. After forming her first band, Marine Girls, while still at school, she delivered her breakthrough debut mini solo album, A Distant Shore, in 1982. She then spent seventeen years in bestselling duo Everything But The Girl. Since 2007 she has released three further solo albums, one movie soundtrack, a clutch of singles and two books, including the Sunday Times bestselling memoir, Bedsit Disco Queen. She currently writes a column for the New Statesman and launched her new album Record in March 2018. She lives in London with her husband Ben Watt and their three children.