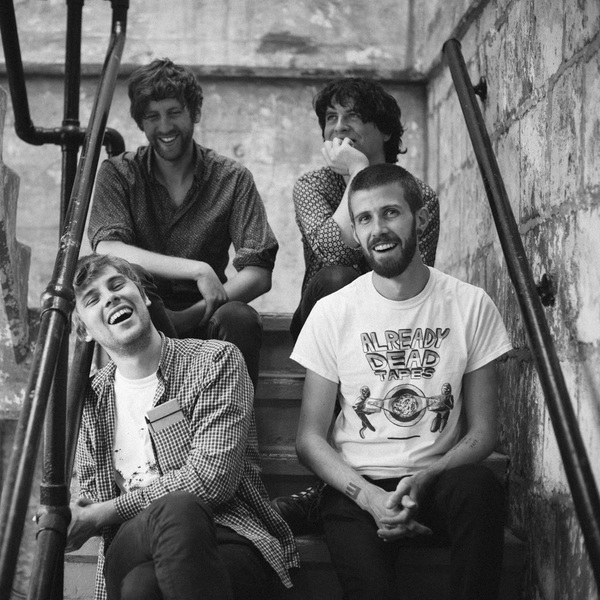 Girl Band will be in-store at Rough Trade West on release day to meet fans and sign copies of their incredible new album 'The Talkies', released 27th September on Rough Trade Records.

All customers who pre-order the album/ ticket option for this Rough Trade West Album signing are in with a chance to win one of the extremely limited Test Pressing's with individual artwork by vocalist Dara Kiely.!

This event is FREE ENTRY, with the option to pre-order an album / ticket, and we will have your guaranteed album ready and waiting to collect on the day to get signed. Or you can purchase a copy in store at Rough Trade West on the day of this signing.

Trailblazers for modern Irish alternative music and known for their ferocious live shows which have been described as chaotic, electrifying and ‘genuinely dangerous, like one last rave before the apocalypse’, Girl Band are not just a band, but a force.

After a series of 7”s, 2 EPs and signing to Rough Trade Records, they let loose debut album Holding Hands With Jamie in September 2015 to rampant critical acclaim, whose nine tracks finally perfectly captured, the tension and abrasive energy of a Girl Band performance.

Following a 4 year hiatus which left fans and critics alike on tenterhooks, comes Girl Band’s 2nd studio album, The Talkies. It was recorded in November 2018 at Ballintubbert House, Ireland, “a few pay grades above what we're used to!” The alien construction of Ballintubbert and its corridors help to navigate their cataclysmic sound within a world of its own. And this enigmatic manor became Girl Band’s sonic playground. The Talkies is living and breathing, in a continual state of metamorphosis. It encompasses everything there is to love about the Dublin 4-piece while simultaneously causing an exciting level of discomfort.