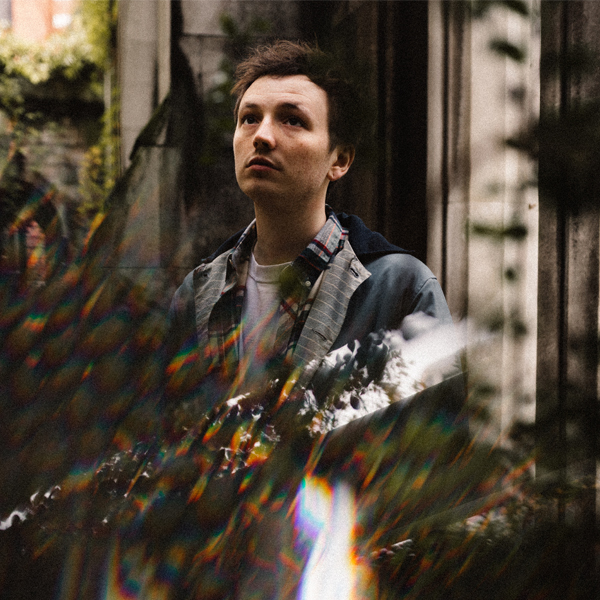 Lewis Watson will be live in-store at Rough Trade WEST, celebrating the release of his new album 'The Love That You Want', released 29th May on Cooking Vinyl.

This event is FREE ENTRY, with the option to pre-order an ALBUM/ TICKET (CD or LP), and we will have your guaranteed album ready and waiting to collect on the day of this in-store.

Lewis Watson, it’s fair to say, has put in his 10,000 hours. Still only 27, the singer-songwriter from smalltown Oxfordshire received his first guitar aged 16. He pretty much hasn’t stopped playing – or writing – since.

In 2012, in his late teens, Watson released his first EP, the pithily titled and exquisitely wrought ‘it’s got four sad songs on it btw’. Within a matter of days he was fielding offers from multiple record companies, eventually deciding to partner with Warner Music. Over the next 18 months he released four more EP’s followed by, in the summer of 2014, his debut album ‘the morning’.

A heavy international touring schedule followed, as did some soul-searching and re-focusing: having had his fill of the major label system, for his second album Lewis pivoted back to his indie roots, releasing 2017’s ‘midnight’ on revered taste-making champion Cooking Vinyl. “The second album was my rebellious teenage stage: make an album without the input of anyone wearing a suit!” he smiles.

And it worked, catching a spark with his devoted fanbase. But this meant, he adds ruefully, “a pretty crazy time for me. I think I did at least 150 gigs in 2017. And honestly towards the end of that year I started to resent being on the road – which I hated! Touring is one of the best bits of this wonderful career I’ve stumbled into. But it got a bit heavy towards the end."

So by the start of 2018, with those road-miles under his belt – not to mention some quarter of a billion cumulative streams of his songs – he was ready to refresh it all up again. “Each record I’ve made has been a very different process. The first album was made over two years with eight or nine producers and their go-to guys on drums and strings and arrangements. The second one was done over two-and-a-half weeks with my band, a super-quick album in the way albums used to be made”.

For album #3, another change of tack: this time Watson, wanted to co-produce the album with his old collaborator Rich Wilkinson. He’d produced Watson’s very first session for Warner Music, so their history was deep and intuitive. So, starting in summer 2018, the pair bunkered themselves down for the best part of a year, with Watson taking occasional breaks away to write and hone his new collection of songs. Lewis’s third album ‘the love that you want’ is the confident sound of a duo working at the top of their game, pushing each other to create a truly special album.