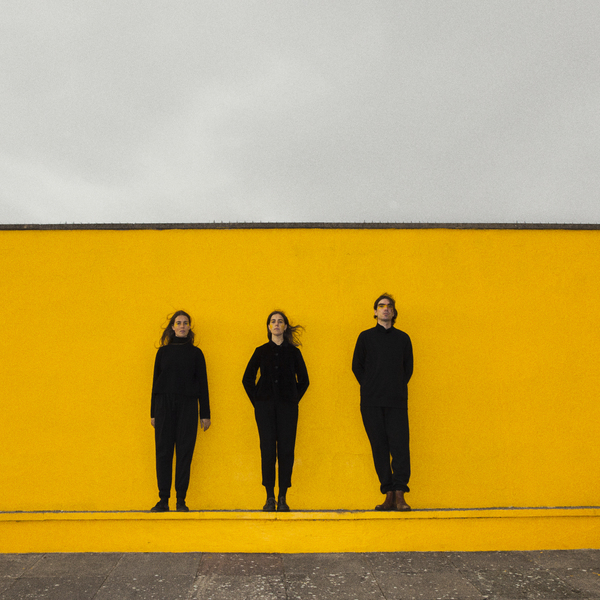 Wovoka Gentle are an experimental three-piece from London, comprised of William J Stokes and twins Imogen and Ellie Mason. Taking its root in folk and Americana songwriting, the Wovoka sound draws upon the psychedelic soundscapes of the late 60s as well as contemporary experimental, pop and collage music; marrying classic instrumentation with sampling, analogue synthesis and sound manipulation.

They have announced the release of their debut album 'Start Clanging Cymbals' on 7th June through Nude Records.

After releasing '1,000 Opera Singers Working in Starbucks', 'Peculiar Form of Sleep', 'Sin is Crouching At Your Door' and 'Tell'em Makoto', Wovoka Gentle have now shared a new track from their upcoming debut LP. 'Xerxes' features glitchy electronics, soaring beats and the exuberant voices of Kids Club Kampala Choir. They add: "You could say there’s an atmosphere of celebration in Xerxes ‘19, even though it’s more or less about death. There’s an imagined ecstatic moment of submission before departing a world running election campaigns for tried and tested tyrants, where legends are equal parts seductive and dangerous. The Kids Club Kampala Choir was recorded in Uganda by a friend of ours, originally for the Kids Club Kampala charity. We wanted to create a call and response dynamic between our vocals and their vocals; the conversation flung across continents.”