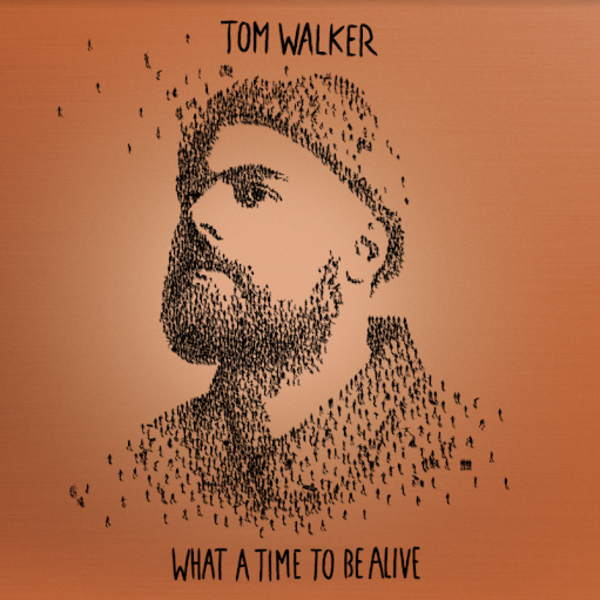 Rough Trade Bristol are very excited to present this TOM WALKER album-launch show, with a special and intimate Live Acoustic Set at the SWX venue in BRISTOL (BS1 2JY) on Thursday 21st November 2019.

The evening celebrates the release of the deluxe CD reissue of 'What a Time to be Alive', released 8th November via Relentless.

- Pre-order one of the 'What a Time to be Alive' Album + Ticket Bundle options on the Rough Trade event page here, or a standalone ticket.

- We will then have your album or ticket ready to be collected from Rough Trade Bristol from 10am on 8th November (album release day).

- You can then collect your ticket for entry on the day of the show (21st November) from Rough Trade Bristol between 10am and 6.45pm, or from the SWX venue when doors open at 7pm.

**All physical albums need to be collected from the RT Bristol store (opposite SWX Venue), before OR after this event.

***Shipping / posting out physical albums is not an option for this event.

10.00am | Rough Trade Bristol opens for Album and Ticket collection (until 6.45pm)

7.00pm | Doors Open at SWX Venue for entry ~ Tickets available to collect from SWX Venue only

This event is 14+ (persons aged under 16 need to be accompanied by an adult to gain entry). ID may be required on entry to the SWX venue.There is no re-entry to the venue once you are in.

Without a doubt, Tom Walker has established himself as a major voice in music this year with his
honesty and passion. His plaintive, acoustic driven new single ‘Better Half Of Me’, is as stunning and addictive as previous hits ‘Leave A Light On’ And ‘Just You And I’. All tracks feature on the special deluxe edition of his smash hit debut album ‘What a Time to Be Alive’, released November 8th on Relentless/Sony Music.

Written by Tom, along with UK song writing powerhouse Joel Pott of Athlete, and Cam Blackwood
(George Ezra, Jack Savoretti), and produced by Mark Ralph (Clean Bandit, Years & Years) and Cam Blackwood, ‘Better Half Of Me’ looks set to cement Tom Walker as one of the UK’s breakout global stars.

The special Deluxe Edition of ‘What a Time to Be Alive’ features four brand new songs as well as the previously unreleased version of ‘Leave a Light On’ as featured in the Sony Bravia TV ad.

The journey started in Glasgow, where Tom spent his first three years before the family relocated to a small town outside of Manchester. Tom leapt head first into music, buying his first guitar aged just 13. Back then, Tom was fired up by Michael Jackson’s Thriller (still his favourite album) and the gigs he’d go to with his music-loving Dad. Unlike other school children at the time, Tom was out rocking to AC/DC or the Foo Fighters, or experiencing the stomach-quaking thrills of Underworld and The Prodigy and the excess all-areas visuals of Muse, soaking it all in like a sponge.

After saving up for some home recording equipment, Tom started writing songs but the problem was that there was nobody in his small town to play with, so the teenager just learned to play and record everything himself. However, becoming a solo artist only came about after periods of struggle and some dreadful jobs, including working as a party photo booth attendant. “I was basically a child minder for very drunk rich people,” Tom explains. “The future young barristers of London. They were mental. They nearly broke the photo machine, stealing all the props. I just thought, ‘You guys are going to be in charge of what’s going on in the country!’ All songwriting fuel, for sure.” Tom was all set to continue life as a chef (“a really bad chef!”) when one of his friends told him about degree courses in music, and a songwriting degree at London university was the eureka moment that put Tom on the track to where he is now.

“I actually applied for a guitar degree, but the course was full, but I’d sent them some of my songs, so they suggested the songwriting course instead,” he says. “It was amazing.” Living in London also brought the kind of character building experiences that can be the making of a young musician. Tom found himself living in a sprawling (and questionably sub-let) house in London with twelve other young people, who quickly became as good as family. They got so close that to stop the landlord finding out and dispersing them, they’d rent vans twice a year to fill with the excess belongings. Rarely with enough money to go out, Tom would spend a lot of time in this house, adding to his prolific songwriting mill.